Seattle Police were circling the park in the Capitol Hill neighborhood as protesters lined the streets.

SEATTLE - Outreach workers and city employees spent much of Wednesday trying to clear a large, hazardous homeless encampment in Seattle's Capitol Hill neighborhood so they can reopen Cal Anderson Park. 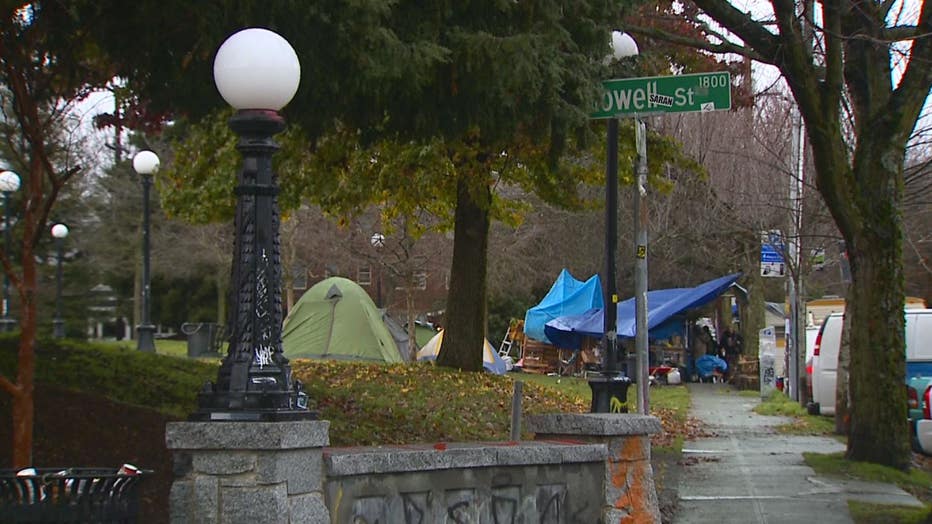 The city gave the encampment a deadline of 7:30 a.m. Wednesday to clear the area in the park before workers moved in, but they had to call for help from Seattle Police because protesters moved into the park a few days ago to occupy it, much like they did the park's Shelter House over the summer.

They glued the entrances shut and placed wooden pallets and metal fencing around the encampment. Someone inside the encampment intentionally set fire to a tent Wednesday morning while city workers were trying to get in. It's the fifth fire reported at the encampment in the past month.

Maintenance workers who have tried to intervene in recent days have been threatened with physical violence, according to the city. A news helicopter flying above left the scene after someone pointed a laser at the pilot.

The homeless encampment has been in the Cal Anderson Park ball field for months, even though the park has been closed since June 30. 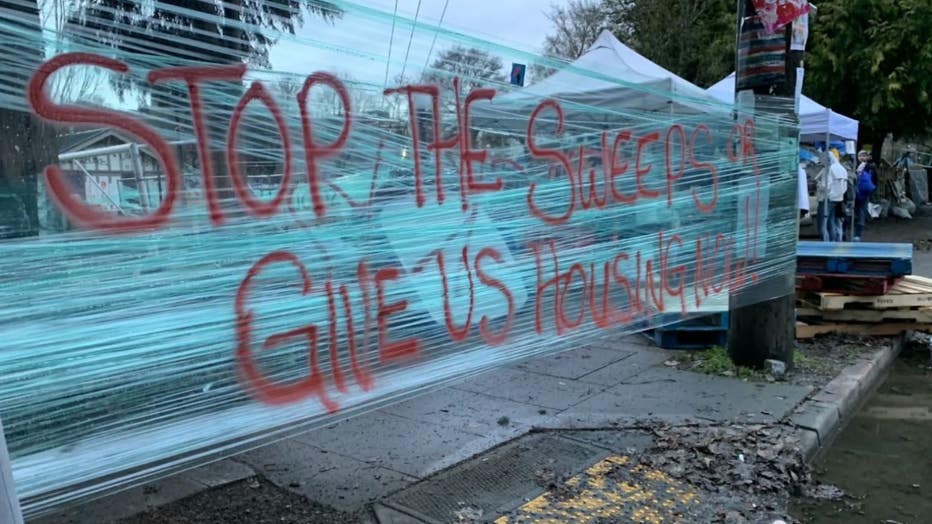 Signs around the park said things like "Stop the Sweep" and "Housing is a Human Right."

As of Wednesday afternoon, the city was able to get 17 shelter referrals and helped at least eight people move out of the park. They helped one of them move to Olympia.