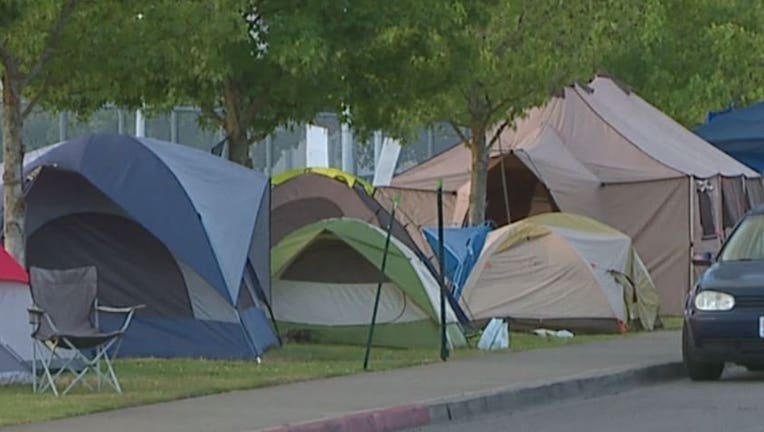 TACOMA, Wash. -- The city has given protesters camping outside the Northwest Detention Center until 6 p.m. Thursday to remove all of the tents, tarps and other items erected there since the full-time demonstration against President Donald Trump's immigration policy began last Saturday.

Notices were posted at the site Wednesday.

Police spokeswoman Loretta Cool said the protesters must dismantle any structures that are in violation of the Tacoma Municipal Code.

The Northwest Detention Center is holding some of the asylum-seekers who were taken into custody recently on the U.S.-Mexico border.

Police arrested 10 protesters Tuesday night when, officers said, a group of about 30 people refused to move out of a roadway and then surrounded an officer's patrol car.

Of the 10 who were arrested, two were charged with assault and most of the others were released without charges.