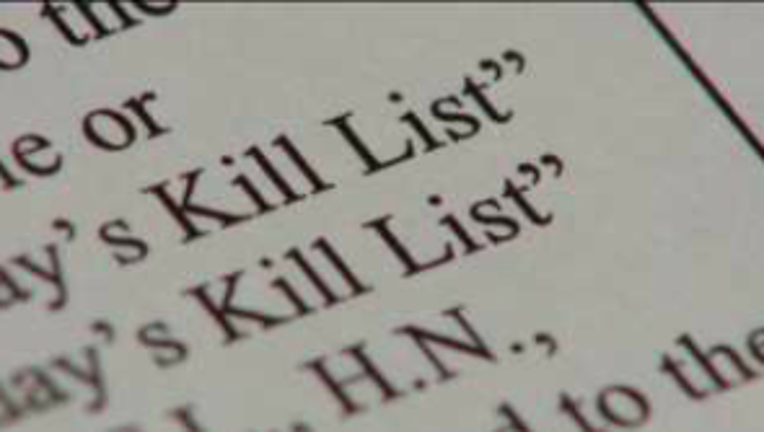 EATONVILLE, Wash. -- A 13-year-old Eatonville Middle School student who allegedly kept a "hit list" of students he wanted to kill is being held in a Pierce County juvenile facility, and may be ordered to undergo a mental health examination.

Pierce County Prosecutor Mark Lindquist said Tuesday he will ask a judge to mandate a mental health exam for the student. Lindquist also said he is unsure if he will request the student be released from jail to the custody of his parents, and will decide later in the week.

According to court documents, a fellow student went to the school staff on Friday, telling them the boy made kill lists and non-kill lists. The boy also allegedly told other students "I'm going to kill you," or "you are on my kill list."

Lindquist said the incident was serious enough to seek potential criminal action. The boy has already been expelled from school.

"Is this teenage venting or are these serious threats or something in between?" Lindquist asked Tuesday. "There's never a good time to create a kill list, but this is a particularly bad time in the wake of the Newtown school shooting. We are taking these threats seriously, the court will look into what's going on in this kid's head and precautions are going to be taken."

Lindquist said the student had no guns, but that there were guns present at his home.