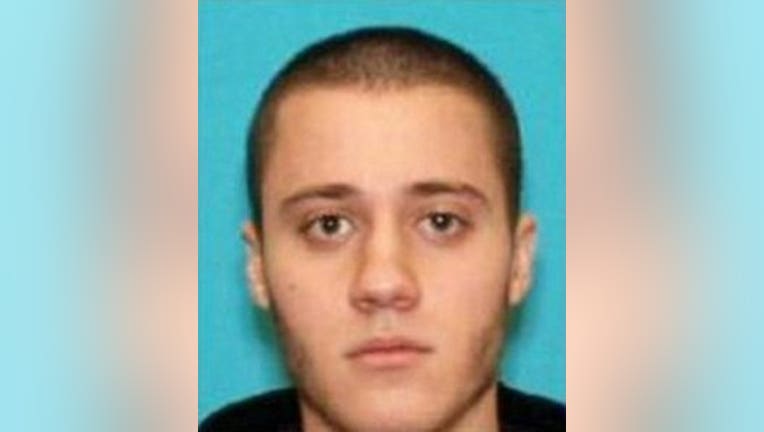 LOS ANGELES  (CNN) -- A true explanation of why a gunman unleashed terror at Los Angeles International Airport may lie in the hospital bed of Paul Ciancia. But no secrets are coming out.

But even in Ciancia's silence, more details are trickling out about what happened at the bustling airport Friday.

Ciancia walked up to a security checkpoint, fatally shot a TSA officer "at point-blank range," went up an escalator and then came back down to shoot his victim again with an assault rifle, a federal prosecutor said.

After shooting Hernandez, the gunman continued through the terminal, hitting two other uniformed TSA officers and a passenger with bullets before he was shot by airport police, U.S. Attorney Andre Birotte Jr. said.

Both wounded TSA officers were treated and released from hospitals, but the passenger who was shot in his leg was still being treated Sunday at Ronald Reagan UCLA Medical Center Sunday, according to a hospital statement.

Brian Ludmer "remains in fair condition but faces at least one additional surgery for a fractured leg along with extensive physical therapy," a hospital spokesman said Sunday.

Ludmer, a 29-year-old Lake Forest, Illinois, native, called his mother as he was being admitted to the hospital Friday, his mother told CNN affiliate WBBM-TV .

"He said don't worry, I am going to be OK," she said as she waited at Chicago's O'Hare International Airport for a flight to Los Angeles.

Ludmer teaches stage craft in the theater program at Calabasas HIgh School in Los Angeles County, according to the school's website.

Ciancia, 23, is now charged with two felony offenses -- murder of a federal officer and commission of violence in an international airport. He remained in critical condition at Ronald Reagan UCLA Medical Center Sunday, the hospital said.

If convicted, Ciancia could face the death penalty or life in prison without parole, the prosecutor said. The U.S. attorney general would decide whether to pursue a death sentence.

The gunman left behind five magazines of ammunition that Los Angeles Mayor Eric Garcetti said "could have literally killed everyone in that terminal."

He also had a note that apparently referred to the New World Order and anti-government claims, a federal law enforcement official said.

It's not clear what gave rise to the references, and federal investigators have found no links to known groups and nothing in the suspect's background to explain them. The New World Order is generally considered to be a conspiracy theory in which people suspect a group of elites is conspiring to form an authoritarian, one-world government.

"He addressed them (TSA officers) at one point in the letter and stated that he wanted to 'instill fear into their traitorous minds,'" Bowdich said.

In his diatribe, the gunman claimed the TSA treats Americans like terrorists even though all people aren't equally dangerous, a U.S. law enforcement official said.

And near the end of the note was a derogatory reference to Janet Napolitano, the former head of the Department of Homeland Security, which includes TSA, the official said.

Another clue about Ciancia's state of mind came from his family in New Jersey. Family members became concerned in recent days after Ciancia sent his brother and father "angry, rambling" texts venting about the government, living in Los Angeles and his general unhappiness, an intelligence source said.

Hernandez is the first TSA officer to die in the line of duty since the agency was founded in 2001. He was working as a travel document checker at the time, the TSA workers' union said.

He would have turned 40 next week. His widow described him as a "wonderful husband, father, brother, son and friend."

The chaos also affected more than 165,000 passengers on hundreds of flights as the airport shut down for hours. By Saturday afternoon, all of it -- including Terminal 3 -- had been reopened.

The shooting has stirred questions about a recent repositioning of airport police officers around LAX.

Airport police Chief Patrick Gannon said in the past year, he decided to move officers from behind a TSA security checkpoint to in front of it, where they also took on "greater responsibilities" such as monitoring both the arrival and departure floors of the terminal.

"The threat ... at the airport does not exist behind security at that podium, the threat exists from the curbline on," Gannon said. "So ... we have our people stationed throughout the airport."

He said the nearest police officer to the site of Friday's initial shooting "was just moved to the front part of the airport."

Gannon acknowledged the trade-off of having the officers roam a larger area rather than sit at a checkpoint.

"So are they going to be in the exact same (place), exactly where I'd hoped they would be? No," he said. "It didn't happen in this particular case."

-Agency was established in the wake of 9/11. Responsibility for civil aviation security was shifted from the Federal Aviation Administration to the TSA.

-They screen more than 1.8 million passengers each day at more than 450 airports nationwide.

-Since the agency's inception, the TSA has screened more than 4 billion checked bags for explosives.

He made the remarks Sunday on CNN's State of the Union.

"I talked to the director of TSA, John Pistole, yesterday. We talked about a review of the policies at airports. Every airport is a little bit different, but the coordination with the local police is key because remember, TSA officers are not armed," the Texas Republican said.

McCaul said that in the accounts he's read about the incident, the gunman "shot the TSA officer who was checking documents, went up an escalator, came back down, shot him again and went through the security point."

"I think it's important we have the local law enforcement really at different points at the airport to protect not only the perimeter, but also things that could happen through security checkpoint," he said.

He also talked about the importance of using special TSA VIPR teams, short for Visible Intermodal Prevention and Response. The teams are tasked with performing random, unpredictable baggage and security checks at transportation venues.

McCaul said Pistole wants to further use such teams at airports "to make sure American people are safe and the traveling public are safe when they go to our airports. I think that better coordination with local law enforcement should help tremendously.

"However, having said that, it's very difficult to stop these types of attacks. Anybody can show up, as we saw in the Navy Yard with the shotgun." He was referring to the September attack at the Navy Yard in Washington.

"It's almost like an open shopping mall," he said, "so very difficult to protect."