TACOMA -- A man suspected of causing a crash that killed a 34-year-old pregnant woman was charged Wednesday with one count of vehicular homicide -- but the woman's fiance said the defendant should also be charged with killing his unborn child. The Pierce County prosecutor said that cannot be done in this case. 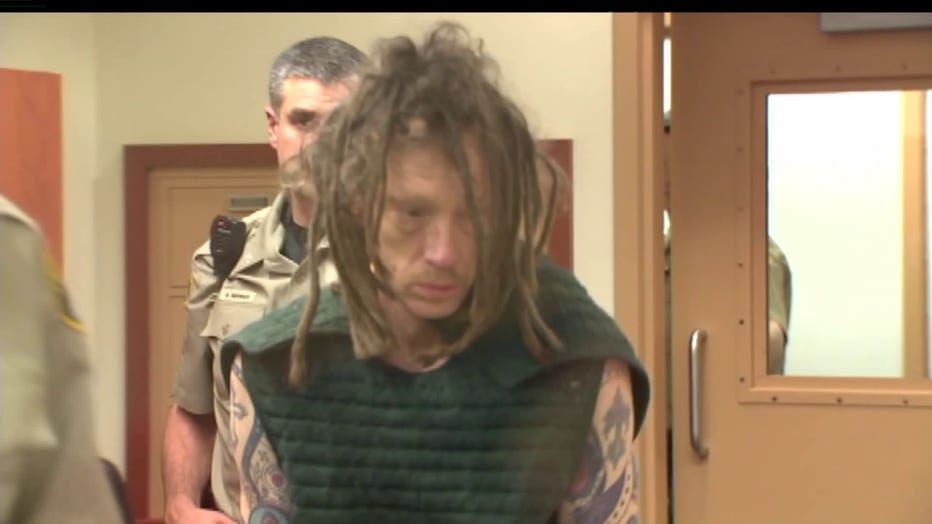 Anderson Hamilton, 48, of Bonney Lake, appears in Pierce County Superior Court Wednesday. He was charged with one count of vehicular homicide and two counts of vehicular assault. (Photo: KCPQ-TV)

Anderson Hamilton, 48, of Bonney Lake, was charged with homicide and two counts of vehicular assault for the head-on collision that killed Shanna Huttenstine of Puyallup while she and her fiance, Jason Speers, were passengers in a taxi traveling on SR 167 Tuesday morning.

Speers was treated for injuries in the crash and the taxi cab driver was seriously injured, leading to the two vehicle assault charges.

Hamilton, who was driving a pickup truck, was not injured.

Hamilton's bail was set for $500,000 by a Pierce County judge on Wednesday.

Speers is upset because the defendant is only charged with one count of vehicular homicide. He says Hamilton should be also be punished for killing his unborn child.

Speers said Hamilton ruined his family’s future when he chose to drive under the influence of drugs. Now he wants the 48-year-old to spend the rest of his life in prison.

“He not only took one life out, but two lives out,” Speers said.

Wednesday’s bail hearing is just the beginning for prosecutors who are building their case. Hamilton refused a field sobriety test but troopers say he was visibly impaired with marijuana in the car and needles in his pocket.

“There was no alcohol in his system so it’s a reasonable inference that this was drugs,” Pierce County prosecutor Mark Lindquist said.

Lindquist believes they have a strong case but there is nothing he can do when it comes to the unborn child.

“Under Washington state law, you can only charge someone for killing an unborn child if the child would have been viable outside of the womb. This was not that situation,” Lindquist said.

Speers said he can never erase the image of the love of his life dying in his arms.

“She said that she loved me, that was the last words out of her mouth,” Speers said.

Hamilton’s criminal history dates back to the 80s. He had several drug and theft charges from other states. He moved Washington in the past year and investigators said he was excited that marijuana was legal in the state.

Hamilton's next court date is March 20.