SEATTLE -- As Seattle searches for a new police chief, some city lawmakers argue it’s time to clean house and change the way the Seattle Police  Department chooses its top brass.

“If we are serious as a city about changing the department and looking for new leadership, we’re not just talking about the chief of police,” said City Councilman Bruce Harrell, chairman of the council's Public Safety Committee.  “We’re talking about command staff as well.” 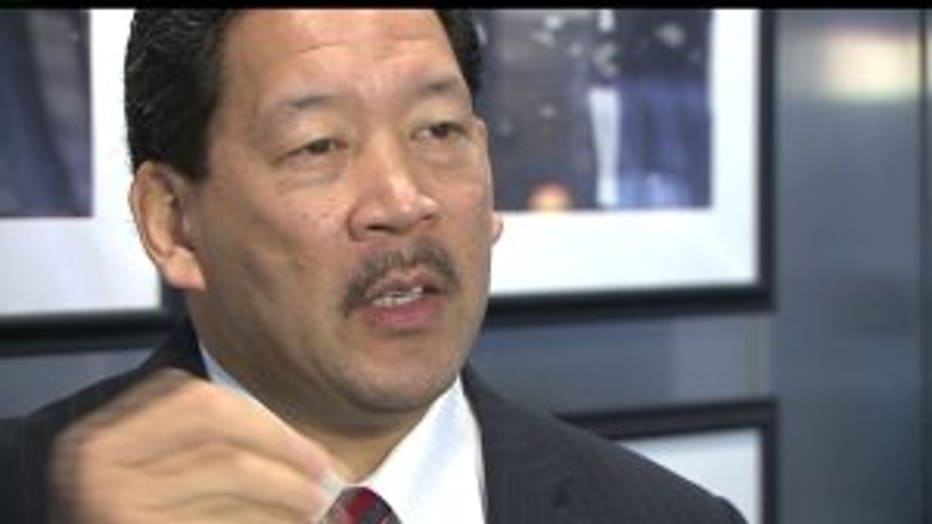 City law currently states that a Seattle police chief can be an outsider --  but not his or her six assistant chiefs; they must come from the existing ranks of the SPD.  It’s a guarantee that the powerful command staff will be home-grown.

Harrell wants that restriction thrown out.  As Seattle works hard to reform a department that is under a federal consent decree, he argues, it should be looking not just for a new chief, but a new, outside command staff as well.

“We all know that change begins at the top,” Harrell said.  “These are changes at the top that we think are necessary.”

Harrell argues the new chief should have maximum flexibility to shake up a department that many argue has a culture problem.

“This legislation actually gives him or her the tools to clean house if that’s what they see needs to be done,” he said.

The rule change will also allow outside candidates for chief to bring trusted assistants from their current jobs, which should greatly help in recruiting.

“These are all attractive things, incentives if you will, to bring in a new chief,” Harrell said.  “So we can avoid the problem where we have a limited pool.  We want it wide open and we want to make sure this person is set up to succeed, not fail.”

But changing hiring rules is going to be a fight with the police union.

“I can’t imagine bringing in an outside chief and then bringing in several assistant chiefs,” said Rich O’Neill, president of the Seattle Police Officers’ Guild.  “It’s like, who are we relying on to really connect with the community?”

O’Neill also says the rule change will be a big hit to morale.

“Officers that are aspiring to be commanders on this department would be told you’re not good enough,” he said.  “We have very bright and very sharp people who are waiting to step into those shoes, and if they are told, no, you can’t, we have to bring in an outsider, I just think that sends a real bad message to the rank and file.”

Harrell wants to put this legislation in place as soon as he can before the search for the new police chief starts in earnest in January when Mayor-elect Ed Murray takes office.