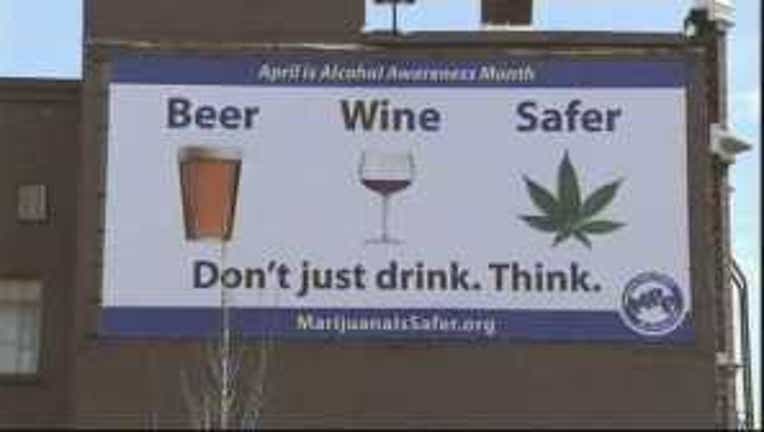 PORTLAND, Ore. -- A billboard in Portland professing marijuana as a safer alternative to alcohol came down about as fast as it went up last month.

The sign at Southwest 13th and Alder featured a pint of beer, a glass of wine and a marijuana leaf. The words above each item, in order, said "Beer," "Wine" and "Safer."

It was up on March 27 and was torn down within two days. Those responsible for the billboard, the Marijuana Policy Project, said it was illegally vandalized.

Now, a new one is going up in its place. The new billboard features the same image in the background, but playing off the fall of the previous sign, this one says the original billboard was vandalized and it has a red stripe torn through the middle saying, "The truth cannot be destroyed."

Marijuana Policy Project leaders said the goal of the billboard is to highlight the "relative safety" of marijuana compared to alcohol, while also making a statement to the people who will be drinking at upcoming beer and wine festivals.

Organizers are hosting a press conference at the site of the new billboard at 10:30 a.m. Thursday.