The law enacted by the Legislature in March interferes with a contract signed between GEO and Immigration and Customs Enforcement, according to the company’s complaint filed last month in U.S. District Court of Western Washington, The Seattle Times reported.

"This transparent attempt by the state to shut down the federal government’s detention efforts within Washington’s borders is a direct assault on the supremacy of federal law, and it cannot stand," the lawsuit said.

GEO seeks a preliminary injunction and also argues the state law would force the detention center to shutter in September, which is much earlier than many people assumed.

The struggle over the 1,575-bed Northwest ICE Processing Center — one of the country’s largest for-profit, privately run immigration jails — follows years of criticism by activists and human-rights advocates saying immigrants held there are given inadequate food and medical care, and spend much longer on average in solitary confinement than at other such institutions.

State Attorney General Bob Ferguson is additionally suing GEO for allegedly violating minimum-wage laws by paying detainees $1 a day to work there. That suit is set to begin trial June 1.

The company’s lawyers did not return phone calls from the newspaper seeking comment.

Ferguson, in a statement, said he supports the new law and will defend it vigorously. 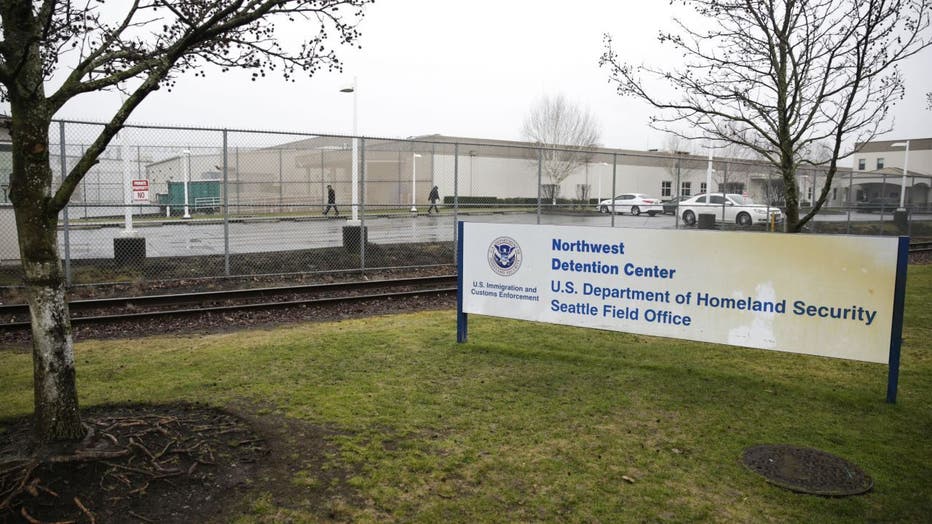 The law, which bans most types of private detention facilities but in practice affects just the Tacoma facility, allows current contracts to run their course.

In 2015, ICE signed a contract with GEO to run the Tacoma facility with options for extension through March 2026. In January, after lawmakers introduced the private detention bill, the federal government and GEO modified the contract, removing the options and making it run through September 2025.

It’s not clear which contract would be used to calculate the closure. The 2015 contract is up for possible extension in September, according to GEO.

Matt Adams, legal director of the Northwest Immigrant Rights Project, said a judge in this case might be tempted to wait for a similar California case to play out in the 9th Circuit Court of Appeals. Oral arguments are to be held next month in that case, involving challenges by GEO and the federal government to a California law banning private detention facilities.

U.S. District Judge Janis Sammartino mostly ruled against GEO and the federal government in October, holding that the California law did not override federal authority by banning certain contracts.