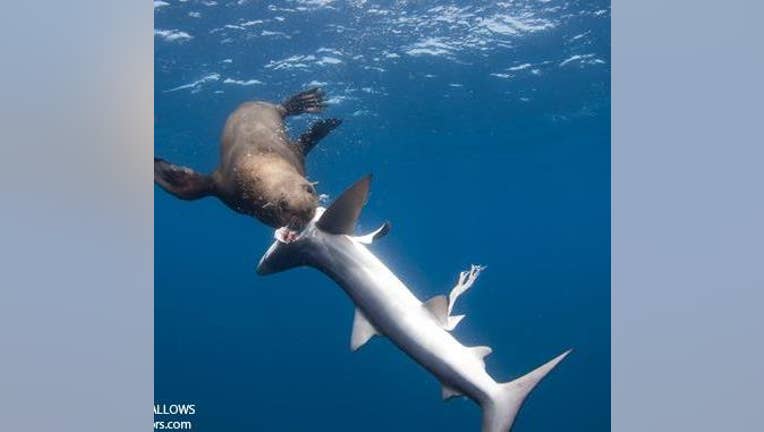 Chris and Monique Fallows, who run Apex Shark Expeditions in South Africa, said that during a recent dive off the coast of South Africa, they photographed a voracious cape fur seal killing several small sharks.

"There were eight guests aboard our vessel, many of them seasoned wildlife enthusiasts,” Chris Fallows told Grindtv.com. “None had ever seen anything like this as sharks of this size are certainly not usually considered food for seals.

"In more than 2,000 expeditions working with sharks over the last 21 years, this is the only time I have ever seen a seal kill several sharks and I can find no record of such an event happening elsewhere," Fallows said.

The seal consumed the stomach and livers of the first two sharks, before killing three others, he told Grindtv.com, which is an adventure sports magazine site.