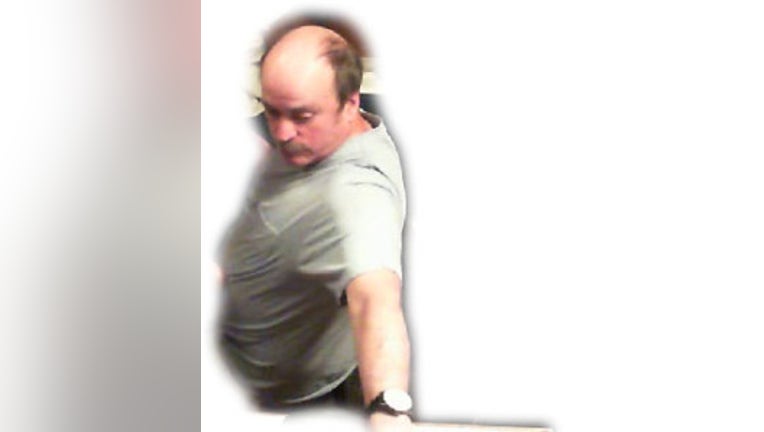 
WASHINGTON (CNN) -- Using the most unlikely of clues -- a pretzel bag -- authorities in Denmark and the United States are zeroing in on a suspected child abuser, and they are asking for the public's help in ending the exploitation of a small girl.

U.S. Immigration and Customs Enforcement on Tuesday released five photographs of a man carefully edited from four videos in which the man sexually assaults a young girl, believed to be 7 to 9 years old.

Three of the videos, which contain a clear image of the man, are date-stamped April 14, a fourth is dated April 27, and all four appear to have been posted on the Internet several days later, on May 2.

Three factors led Danish investigators to believe the crime occurred in the U.S.: the background, some products visible in the video, and the man's appearance.

ICE investigators believe the bag in the video is exclusively distributed in the United States.

With leads coming to an end, the investigators are asking the public for help in identifying the man.

"We kind of hit a wall in this investigation. Without the public's help, we may not be able (to find the man) and more importantly stop the ongoing abuse of this victim," said Brian Korzak, a special agent with ICE's Cyber Crimes Center, Child Exploitation Unit.

Publication of the man's photo "will greatly increase our chances of locating this individual," said Special Agent Patrick Redling. "Since the videos were created so recently, we feel there's a child in danger right now."

Korzak and Redling say investigators routinely identify both technical and visual clues in videos for evidence to identify criminals and to rescue victims.

HSI is asking anyone with information about this man to contact the agency immediately by calling the ICE Tip Line at 866-347-2423 or completing an online tip form at www.ICE.gov/tips. Tips remain anonymous, ICE said, and individuals should not attempt to apprehend the suspect.

ICE filed a criminal complaint in the U.S. District Court of Washington on Friday, charging the man in the photos, identified as a "John Doe," of producing, possessing and distributing child pornography.