SEATTLE -- There’s a bill in Olympia firing up cosmetologists across the state.  Because of public outcry, now senators who sponsored the bill are making big changes.

“When you are renting a booth, you are a salon owner. You run your own business and you get to keep all the funding that comes in,” said Tiffany Colors Owner Tiffany Troiano.

But the original form of Senate Bill 5326 would take those rights away by forcing cosmetologists to go from renting booths and being their own boss to working on commission as salon employees. 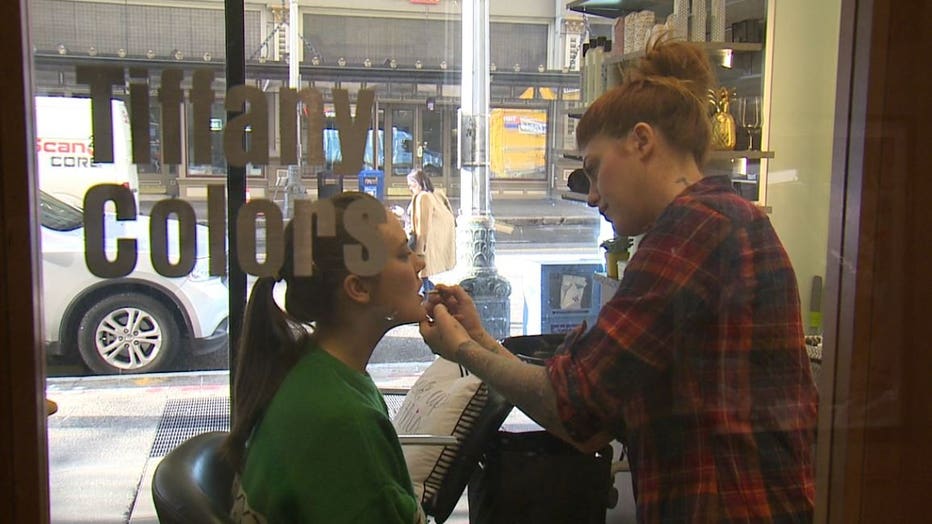 “I would be going back to only making 30% of what I’ve been bringing in; so giant, giant deficit on that,” said Troiano.

It would mean more money for big salons who support the bill.

“The big business wants to swallow up the small businesses and keep all the money for themselves,” said Troiano.

That frustration sparked a Facebook Group titled Cosmetologists Uniting Against Bill SB 5326 with more than 4,500 members.  All the outcry lead to Senator Karen Keiser, who sponsored the bill, to announce Thursday, “I hope removing the language regarding a booth rental ban will alleviate these concerns. The original bill was not fully understood as a proposal for tax fairness, which remains its main goal.”

The booth rental ban is out, but the concern over who pays taxes remains.

“The new bill will retain the state’s ’level playing field’ tax approach so that salons with employees and booth renters are subject to the same taxes,” wrote Senator Keiser.

That’s something Tiffany says she can support.

“Sometimes when you’re super creative, you have a hard time on the business side of things,” said Troiano.

So she hopes the revised bill will make the licensing and tax payment for cosmetologists easier.

“Implicating structure by having more people check in with the business and making sure everyone is up to date. If you are a business owner, you should be responsible for what you owe your state,” said Troiano.

A new system Tiffany says will help stylist grow their own businesses.

The bill is scheduled for public hearing this Monday.  Thousands of cosmetologists are spreading the word on social media and plan to attend.  Senator Keiser says she’s working on a revision that focuses more on taxes and not on booth rental.