MILWAUKEE - President Donald Trump filed Wednesday for a recount of Wisconsin's two largest Democratic counties, paying the required $3 million cost and alleging that they were the sites of the “worst irregularities” although no evidence of illegal activity has been presented.

The recounts in Milwaukee and Dane counties will begin Friday and must be done by Dec. 1. Democrat Joe Biden received 577,455 votes in those two counties compared with 213,157 for Trump. Biden won statewide by 20,608 votes, based on canvassed results submitted by the counties.

“The official canvass results reaffirmed Joe Biden’s clear and resounding win in Wisconsin after Wisconsin voters turned out to cast their ballots in record numbers,” said Biden campaign spokesman Nate Evans. “A cherry-picked and selective recounting of Milwaukee and Dane County will not change these results."

Milwaukee County is the state's largest, home to the city of Milwaukee, and Black people make up about 27% of the population, more than any other county. Dane County is home to the liberal capital city of Madison and the flagship University of Wisconsin campus.

“The people of Wisconsin deserve to know whether their election processes worked in a legal and transparent way," said Wisconsin attorney Jim Troupis, who is working with the Trump campaign. “Regrettably, the integrity of the election results cannot be trusted without a recount in these two counties and uniform enforcement of Wisconsin absentee ballot requirements. We will not know the true results of the election until only the legal ballots cast are counted.”

Dean Knudson, a Republican member of the Wisconsin Elections Commission, said Trump raised "significant legal questions that have never been adjudicated in Wisconsin.”

But a fellow commission member, Democrat Mark Thomsen, said Trump was trying to change the rules of the election after he lost, but only in two counties.

“That’s like losing the Super Bowl and then saying ‘I want a review of a certain play using different rules than what applied to the rest of the game,’” Thomsen said. “That is the essence of hypocrisy and cheating and dishonesty.” 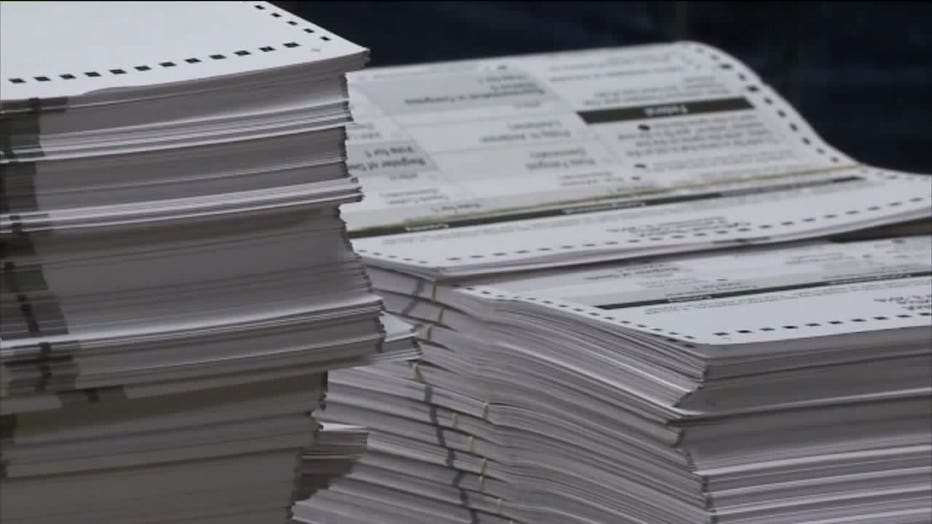 Milwaukee Mayor Tom Barrett, a Democrat, called the recount "an attack on cities, on minorities, on places that have historically voted Democratic. Don’t let anyone fool you that this is about irregularities.”

On Tuesday in Michigan, Republicans on a canvassing board for the county that includes Detroit temporarily stopped certification of the vote after claiming that poll books in certain parts of the majority-Black city were out of balance. The deadlock brought claims of racism from Democrats before the board later voted unanimously to certify the results.

The Wisconsin recount will be done as the state continues to ride a surge of coronavirus cases, breaking records this week for deaths, new positives and hospitalizations. Recount organizers were planning to do the work in large convention centers so workers and observers could be properly distanced. 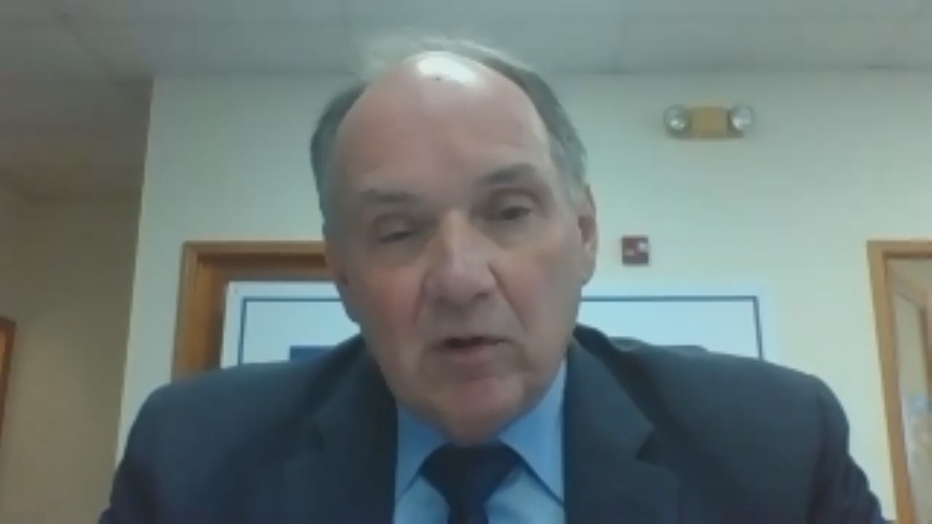 “It’s not surprising at all that Donald Trump, the Trump campaign, wants to have one last mass gathering that will put people’s health in peril,” Barrett said.

Trump's campaign made a variety of claims Wednesday, including that clerks wrongly added missing information on returned absentee ballots.

But guidance from the Wisconsin Elections Commission, in place since 2016, says that clerks can fix missing witness address components on the envelopes that contain absentee ballots if they have reliable information. That guidance, passed unanimously by the bipartisan elections commission, has been in place for 11 statewide elections without objection.

The elections commission said that there were no corrections to actual absentee ballots contained inside the envelopes, as some have claimed. The witness signature and address information is all contained on the envelope in which the ballot is sent. 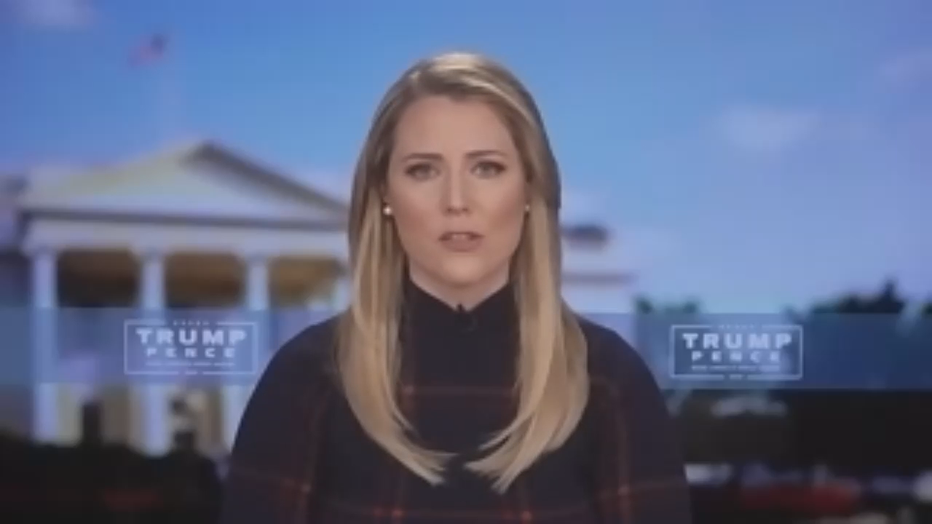 The Wisconsin Elections Commission was set to meet Wednesday evening to talk about the recount. On Thursday, the commission chair will officially order it. That starts a 13-day window with only one allowed day off. Again, the recount needs to be wrapped up on Dec. 1.

The Trump campaign is also alleging that thousands of voters improperly got around Wisconsin’s photo ID requirement by claiming they were indefinitely confined and therefore didn’t have to present a photo ID in order to return their absentee ballot. 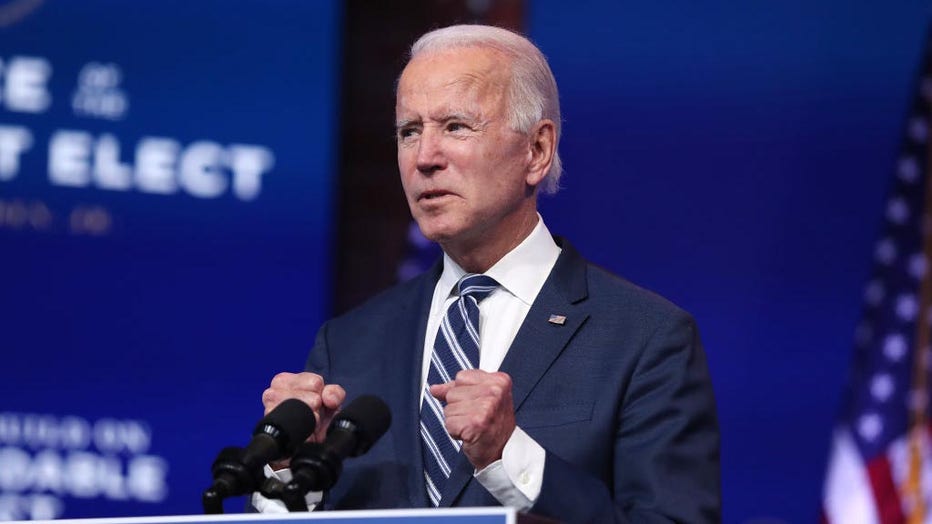 President-elect Joe Biden addresses the media on Nov. 10, 2020 at the Queen Theater in Wilmington, Delaware. (Photo by Joe Raedle/Getty Images)

Wisconsin law requires all voters to show an acceptable photo ID to vote both in person and by mail. It does provide exceptions for citizens who are indefinitely confined because of age, physical illness or infirmity or are disabled for an indefinite period.

The Wisconsin Republican Party sued Democratic Dane County Clerk Scott McDonell in March, before the state's spring primary, over advice he had posted on his Facebook page that voters could declare themselves indefinitely confined due to the pandemic. The Wisconsin Supreme Court ordered McDonell to stop issuing guidance that is different from official language approved by the Wisconsin Elections Commission. The Trump campaign alleged that “the damage was already done” before McDonell was ordered to remove the language.

The Trump campaign also alleges that local election clerks issued absentee ballots to voters without requiring an application, in violation of state law. Trump's complaint alleges that 60,000 votes were cast by people who didn't submit a written application, but offered no evidence. 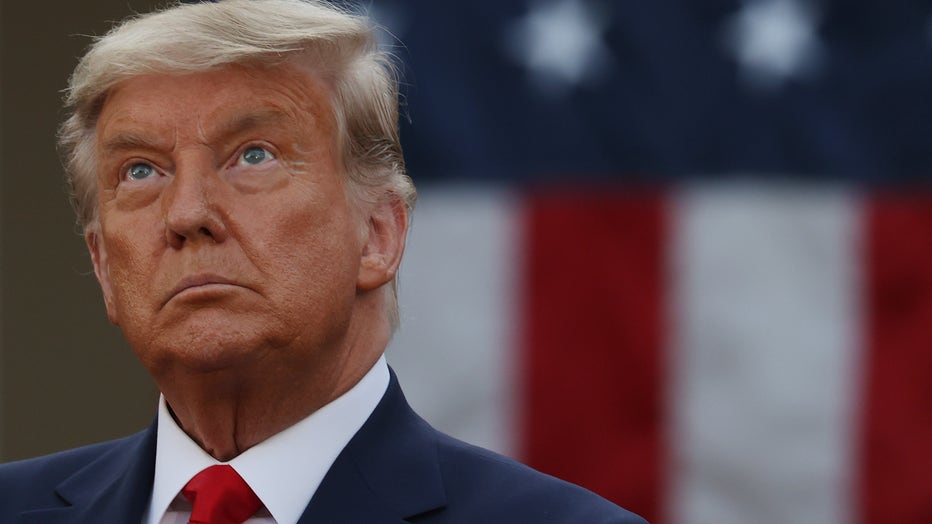 Milwaukee County Clerk George Christenson said there was “no proof” to back up that claim.

“I would encourage them to provide the proof,” he said.

Elections commission members Knudson and Thomsen both said they did not know what Trump was referring to in that portion of the complaint.

Trump also claimed that observers in Milwaukee were kept too far away to observe the counting of ballots.

“Once observational access is provided during a recount, mistakes, violations of the law (in addition to the open access violations already known) and fraud will be discovered,” the complaint said.

Election leaders in Milwaukee and Dane counties said they would live stream the recount to be done at convention centers in both Milwaukee and Madison, with room for observers in person. The recount will continue in both cities over the weekend, taking off only for Thanksgiving, until complete. 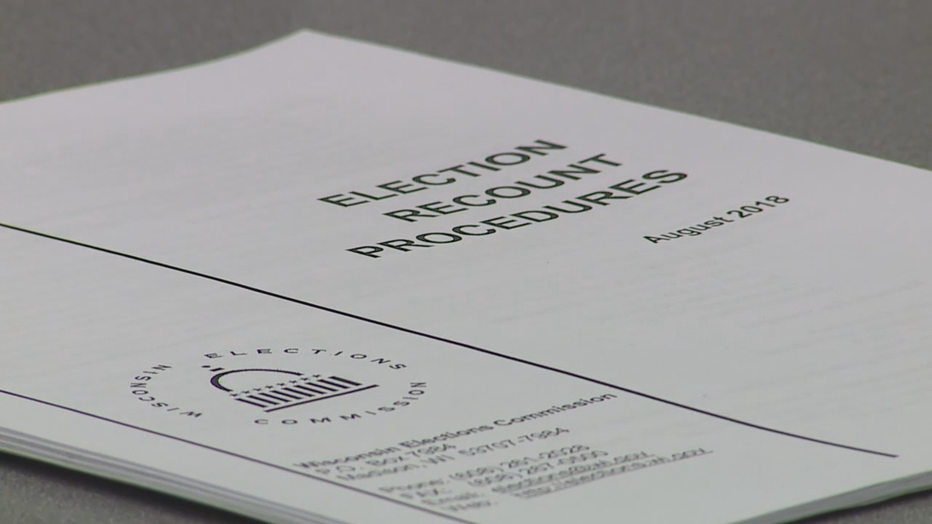 “We know the result will be the same as it was,” McDonell said. “It’s what we saw across the state four years ago and this election, from my perspective, ran very smoothly.”

Recounts in Wisconsin and across the country have historically resulted in very few vote changes. A 2016 presidential recount in Wisconsin netted Trump an additional 131 votes.

Trump won Wisconsin by fewer than 23,000 votes that year, and opposed the recount brought by Green Party candidate Jill Stein.

“The people have spoken and the election is over,” Trump said at the time. “We must accept this result and then look to the future.”

After the recount was done and his victory was confirmed, Trump again took to Twitter.

“The final Wisconsin vote is in and guess what — we just picked up an additional 131 votes,” Trump tweeted at the time after the recount was done. “The Dems and Green Party can now rest. Scam!”

Associated Press contributed to this report.