As uniformed military officers looked on, Mr. Obama set the wreath in place, after the playing of the National Anthem. 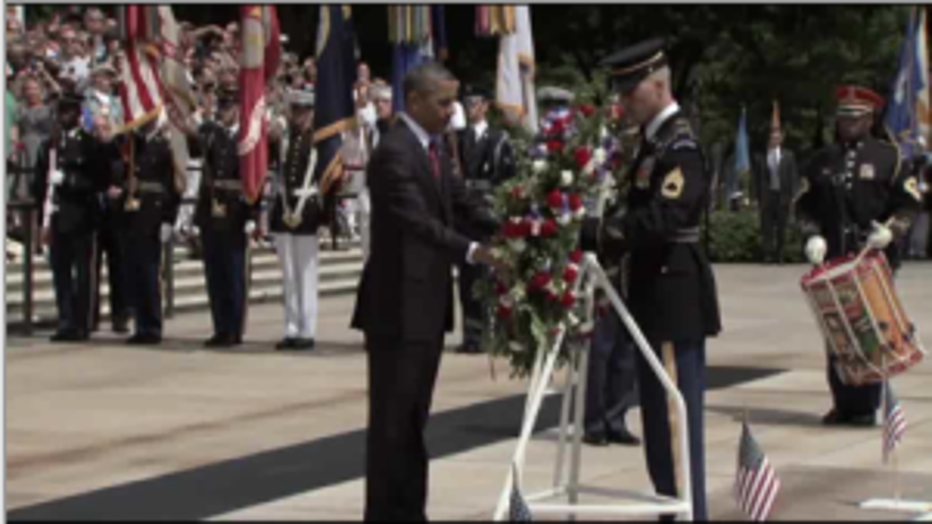 Minutes later in a speech before a hushed crowd, the president said Arlington National Cemetery “has always been home to men and women who are willing to give their all … to preserve and protect the land that we love.”

He also praised the character and selflessness that “beats in the hearts” of America’s troops.

Arlington is  the final resting place for many American war heroes.