That’s how far President Barack Obama’s poll numbers fell in CNN polling over the course of what’s been an especially tough year.

Obama’s approval rating stands at 41% in a new CNN/ORC International survey released Friday, which matches the all-time low he fell to in CNN polling just last month. The President’s disapproval rating remains unchanged at 56%, which is an all-time high in CNN surveys. 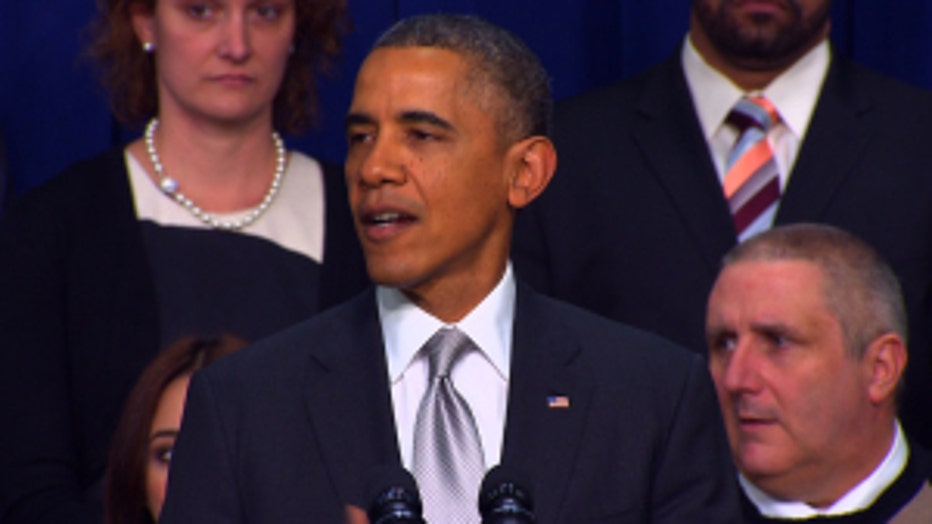 In the afterglow of his 2012 re-election victory, Obama’s rating stood at 55% in CNN polling in January. That number ranged from the upper 40s to the low 50s through May in CNN and most other national polling, but steadily declined in the following months as Obama dealt with one controversy after another, from NSA surveillance and IRS targeting of political groups to the disastrous startup of HealthCare.gov and the controversy over millions of Americans being told they would lose their current insurance plans because they didn’t meet stands mandated by the new health care law.

According to the poll, which was released Friday, 40% say they disapprove of the President because they say his policies and actions have been too liberal, with 12% saying they disapprove because he hasn’t been liberal enough.

Obama’s support is weakening in some key demographics.

“A majority of women and half of younger Americans, two key components of the Obama coalition that helped to elect and re-elect him to the White House, disapprove of Obama’s track record as President,” Holland said.

Three-quarters of Democrats questioned say they approve of the job the President is doing in office, but one in five give him a thumbs down. The President’s approval rating stands at 32% among independent voters and just 8% among Republicans.

Besides the CNN polls, Obama’s approval rating reached new lows or tied his all-time lows in six other individual non-partisan, live operator national surveys conducted over the past two months.

The poll was conducted Monday through Thursday, as the Senate passed, with bipartisan support, a budget deal struck by Republican House Budget Chairman Paul Ryan and his Democratic Senate counterpart Patty Murray. The House overwhelming passed the agreement last week. According to the survey, 46% of Americans support the deal, with 42% opposed, and 12% unsure.

“Positive views of the budget agreement, passed by the Senate on Wednesday, outweigh negative views, but the number of Americans who don’t have an opinion about the complex bill is in double digits, keeping support — and opposition — below 50%,” Holland said.

There is a wide partisan divide over the spending plan: 65% of Democrats and 42% of independents support it but only 28% of Republicans are in favor of the deal, which sets spending levels, reduces the deficit, relieves some of the forced spending cuts known as sequestration, and prevents another government shutdown in January, when current funding for federal government runs out.

How does Obama’s approval ratings match up to his most immediate two-term predecessors as they finished up the first year of their second terms?

The poll was conducted for CNN by ORC International December 16-19, with 1,035 adults nationwide questioned by telephone. The survey’s overall sampling error is plus or minus three percentage points.