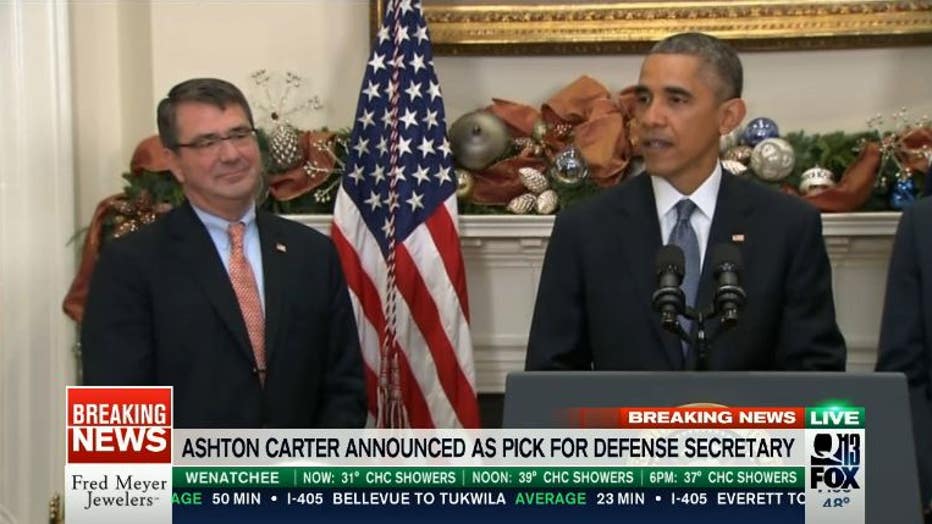 "The Secretary believes strongly that this day belongs to Ash Carter and his nomination to be the next Secretary of Defense," the official said. "As Secretary Hagel knows better than most, today is a day that is to celebrate Ash, his family, and all that he will accomplish. The Secretary is proud of Ash and of their friendship and does not want in any way to detract from or distract the proper focus of the day."

Carter is a well-decorated national security official who also is a former deputy defense secretary. The Philadelphia native has on several occasions been awarded the Department of Defense Distinguished Service Medal -- the department's highest honor -- and has received multiple medals for his contributions to intelligence.

In addition to his service in national security, Carter also has a long list of academic accomplishments, ranging from a stint as professor and chair at Harvard's Kennedy School, to a physics instructor at Oxford.

Carter was previously unanimously confirmed by the Senate for his deputy defense secretary job. So far, reaction to the potential nomination from Congress has been generally positive, with both Republicans and Democrats vocalizing support for his nomination.