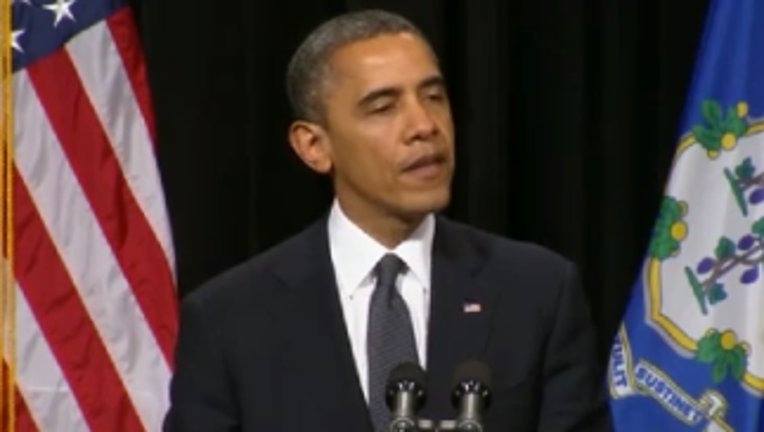 -- The nation will have a set of recommendations to address widespread gun violence within weeks, President Barack Obama announced Wednesday.

Vice President Joe Biden will lead an inter-agency group to come up with "concrete proposals no later than January -- proposals that I then intend to push without delay," the president said.

Speaking five days after a gunman killed 27 people, including 20 children, at a Connecticut elementary school, Obama said that "if there is even one thing that we can do" to prevent such tragedies, "we have a deep obligation, all of us, to try."

"This is not some Washington commission. This is not something where folks are going to be studying the issue for six months and publishing a report that gets read and then pushed aside. This is a team that has a very specific task to pull together real reforms right now."

The group will include some Cabinet members and outside organizations.