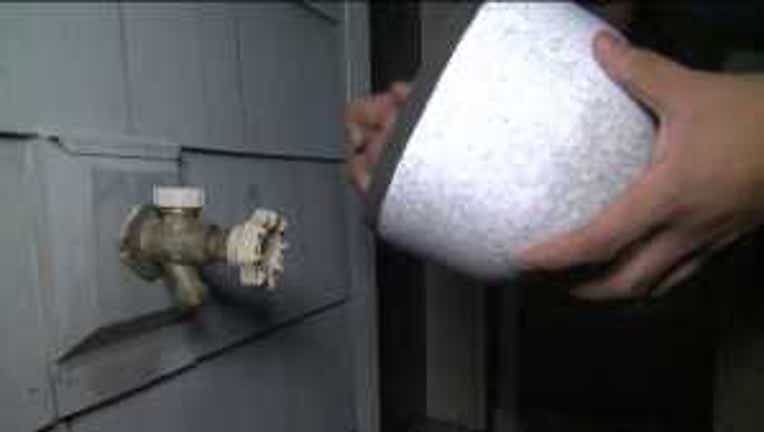 SEATTLE -- It's been almost a year since a snow and ice storm last January had pipes bursting all over the Puget Sound area.

The folks at "Take Winter by Storm" say now is the time to protect your home from the cold weather.

When water freezes inside a pipe, the ice expands and cracks the pipe. The problem is you never know it until after the thaw, and by then it's too late.

The best advice, say the experts, is to take preventative measures.

Anita MacGillivray and her husband should consider themselves lucky. There's a plumber in their home, but only to replace the kitchen faucet. It’s much worse when pipes freeze and burst, a real mess and expensive, too.

"If they break inside the wall, that creates more damage and we have to open up walls and go through all that,” says David Garcia with Best Plumbing in Seattle.

Garcia knows how bad frozen pipes can be and exactly what you need to do to prevent them.

First on the inside of your home.

As important as that is, Garcia says, there are several things outside that are equally, if not more important, starting with the faucets.

"If the hose bib is frost- free you don't need to worry about anything, just make sure that the hose is disconnected from it.  If it's not frost free then we recommend you have one of those foam covers just to prevent the water from freezing and burst the pipes,” Garcia says.

Best Plumbing also recommends checking your home’s crawlspace, if there is one, to make sure pipes are well insulated, especially those close to exterior openings and vents. But it's not all about pipes.

Garcia says drains and down spouts should always be kept clear of debris.

"If they're not draining the water can actually puddle and freeze up.  That can be dangerous,” Garcia says.