Preparing for a major earthquake

SHELTON, Wash. -- "We don't always see the impact on the infrastructure as much as we see the demand," says one of the several dozen workers to Gov. Jay Inslee. "Should we be telling the public in an event of an emergency, earthquake or otherwise, to try to use text first?" Inslee asked. "Yes, clearly, clearly," replied one of the communication experts who surrounded him. The governor was touring the crowded and buzzing Mason County Emergency Management Center. Wednesday was the third of four days of drills to get Northwest emergency managers and responders ready for "The Big One". More than 4.5 million people in Washington and Oregon are expected to be impacted by a massive magnitude 9.0 earthquake. And while that quake could happen next week or in a hundred years, the point is to get crucial emergency response pieces ready right now. Much like muscle memory in an athlete, difficult decisions and smooth responses during a chaotic natural disaster become easier when teams and agencies have practiced being on the same page and working in sync with one another. Nearby at the Mason County Fairgrounds, members of the Washington National Guard hammer stakes into the ground with a giant wooden mallet. They're staging a tent city, complete with medical facilities and satellite communication -- all to coordinate these hypothetical operations both on the ground and in the air. These four days of drills are called the "Cascadia Rising" exercises. They're named for the massive lifting of the sea floor that the Cascadia fault would do from the pressure that's 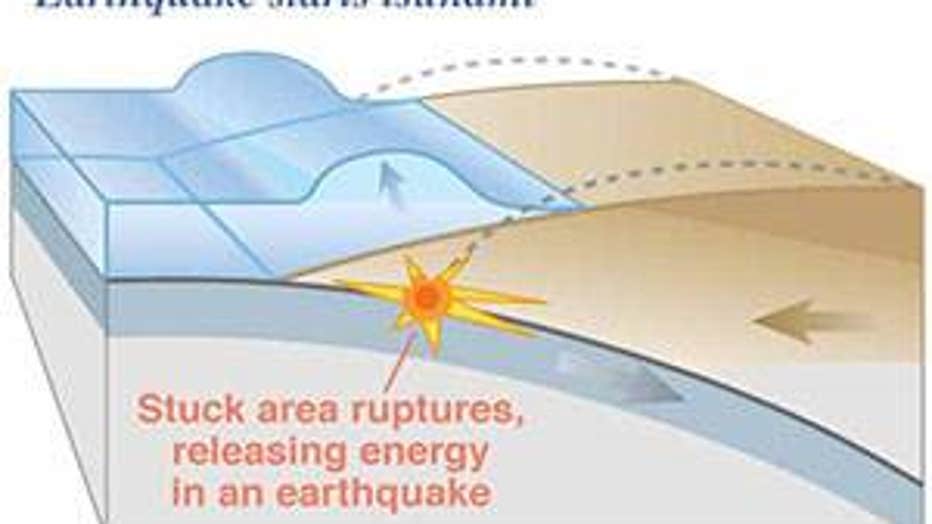 been building since the last major quake, which scientists think happened on January 26, 1700. The scientists based this date on written accounts from Japan about the tsunami that occurred on the Pacific island chain from an earthquake no one felt back then. That's because geologists say it happened off our shoreline in what would become Washington state. What's behind these quakes off our Pacific Ocean shores is the movement pieces of the Earth's crust called tectonic plates. The Juan de Fuca plate is diving under the North American plate. The two have been grinding against one another for eons and scientists say it gets stuck for several hundred years at time, about 200-300 years to be precise. The math is easy -- we're about 100 to 116 years overdue for another huge quake to rattle this region. Inland buildings will shake, many will fall down. Bridges could collapse. In an instant, the event would raise the sea floor and send a wall of water out in every direction. It's a wall of  water that's expected to be about as tall as a 9-story building when it hits the Pacific Ocean coastlines of Washington, Oregon and northern California. Thousands could die, tens of thousands more could be injured or maimed.

Map of the Cascadia Fault and related past earthquakes. Source: USGS

While geologists have known about the threat of a massive quake for our region since the 1970s, the general population only really started getting the message about a quake and related tsunami here after the Japanese quake in March 2011. The world watched in horror as the coastline of northern Japan was destroyed on live television with news helicopters following the massive waves of debris, boats, houses and people. It also drowned the generators at the Fukushima Daiichi nuclear power plant, triggering a nuclear meltown. This "Cascadia Rising" drill is the largest coordinated effort of its kind including agencies in both Oregon and Washington. The Mason County Fairgrounds was chosen for a staging area since it is out of the tsunami inundation zone, but close enough to the coastal regions that will be devastated in the event of a massive tsunami. 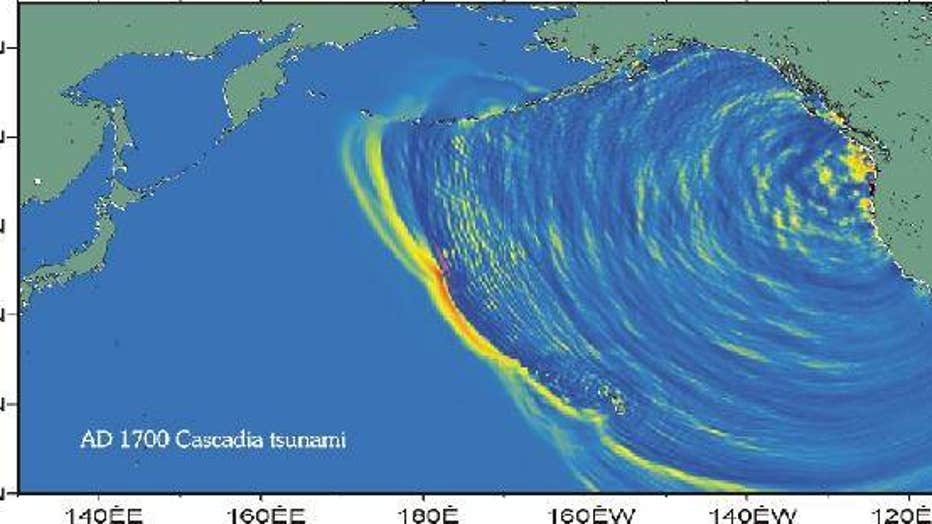 On Wednesday, the governor sat in a command center with several rows of computers, printers and laptops. This would be the nerve center they would set up in the event of  a real emergency.  Washington National Guard Col. Dan Dent stood at the front of the room and said, with his booming voice, "We're here to gain a better understanding of the impact to the population and infrastructure following a catastrophic earthquake and tsunami." National Guard troops would do things like assess road and bridge viability since many 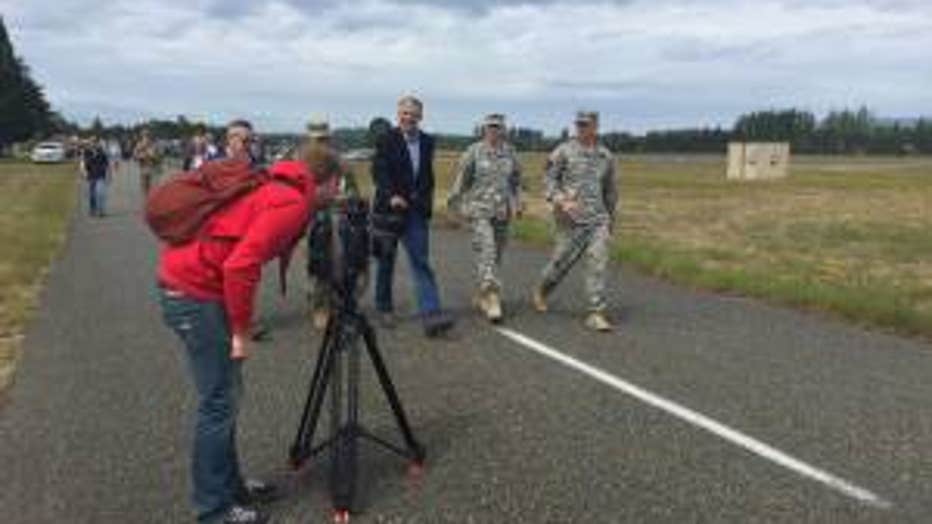 Gov. Inslee tours the drill at the Mason Co. Fairgrounds

would crumble or be washed away by the massive energy of the tsunami. Airborne support that would take off and land from the nearby airfield would airlift the injured to get medical attention, and drop off equipment, supplies and provisions to places that couldn't be reached by road. "We will analyze and anticipate the requests and needs for assistance," said Dent, "and work together for developing a comprehensive and interagency response plan." But the governor says these National Guard soldiers shouldn't be the only ones preparing. He says every family in Western Washington should. "With the magnitude of the earthquake , it's going to require all of us to be first responders. And I hope we can do that." Inslee said we all need to be ready with 3-7 days worth of food, water and supplies for when-- not if-- the big one hits. There are 12 locations throughout the Seattle area taking part in the Cascade Rising response drill. You can find the location nearest you at http://seattleemergencyhubs.org. (For more on how to prepare an emergency kit, check out this short FEMA video:   https://www.fema.gov/media-library/assets/videos/73758 )