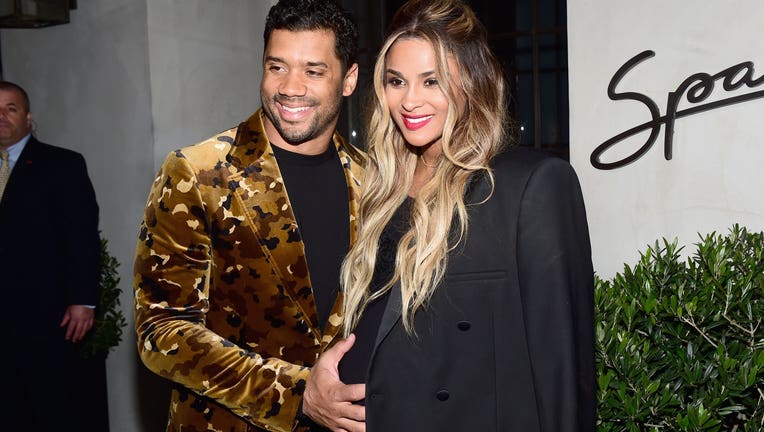 LOS ANGELES (AP) — A representative for Ciara says the pregnant entertainer is doing well after a minor car accident Friday in Los Angeles.

A spokeswoman for the 31-year-old singer said both mother and baby are uninjured after another vehicle struck the passenger side of Ciara's car.

The accident was first reported by celebrity site TMZ.com.

Ciara is expecting a child this spring with husband Russell Wilson, who plays for the  Seattle Seahawks.

Wilson wrote on Twitter after the accident Friday that "Momma Wilson & Baby Wilson are feeling great! God is good!"

Witnesses tell TMZ Ciara was driving a Mercedes SUV and making a left turn when a Volvo SUV slammed into her vehicle. Police were called to the scene.

TMZ reported Ciara was evaluated at the scene. She was seen up and walking around.

The singer is in her third trimester of pregnancy.