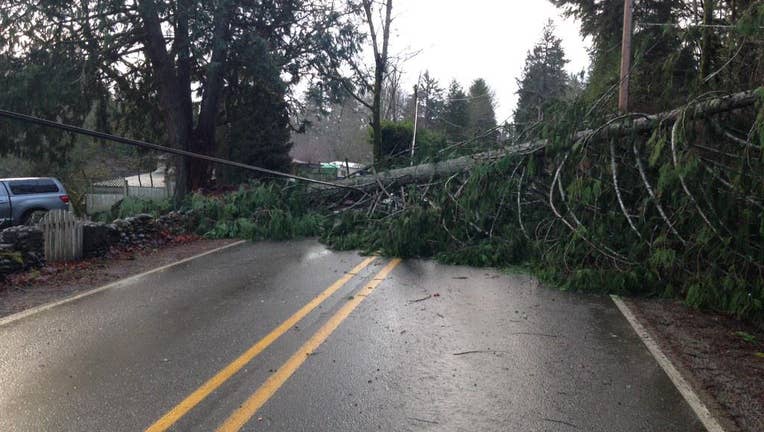 Tree down on Banner Road in Port Orchard, KCPQ-TV

SEATTLE -- Thousands of people across Western Washington woke up Sunday morning without power praying it would be restored in time for the Seahawks game at 12:30pm.

An overnight storm knocked out power with a series of strong winds gusting up to 50 miles an hour in some areas.

Unfortunately City Light said many of those homes shouldn't expect power to return in time to see much of the Seahawks game.

"Fans are welcome to watch the game at the Seattle Public Library’s downtown location (1000 4th Avenue)," said City Light in a statement.

Puget Sound Energy had said it had crews working 266 outages and 42-thousand customers without power.  By 1:00 pm that number had dropped to 16-thousand. 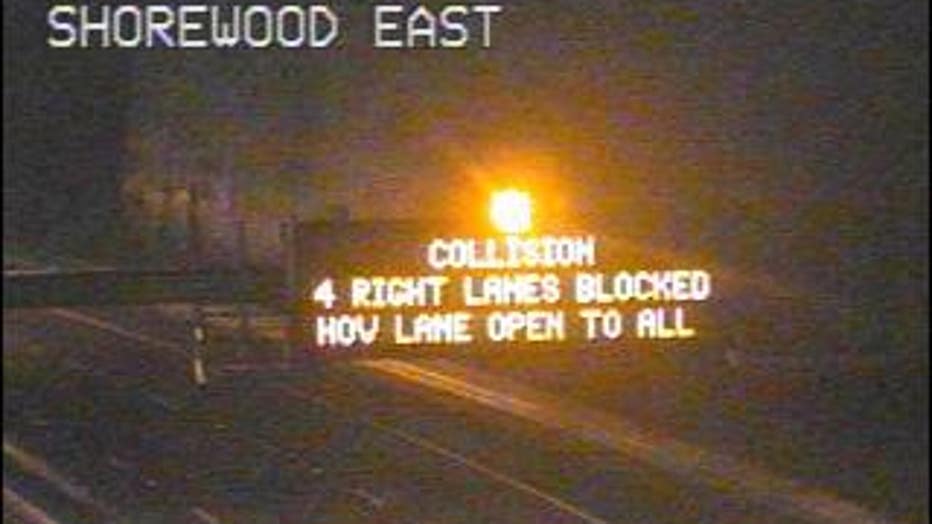 Washington State Patrol troopers cleared a semi-truck crash on Mercer Island that was blocking four lanes of eastbound I-90 at E. Mercer Way.