After getting hit with several inches of snow overnight, residents in Poulsbo were getting back outside Saturday with the return of the sun and warmer temperatures.

POULSBO, Wash. - After getting hit with several inches of snow Friday night, residents in Poulsbo were getting back outside this weekend with the return of the sun and warmer temperatures.

With the melting of Friday night's heavy snow, residents were venturing out to the Olmsted Tree Farm lot in Poulsbo to pick up their Christmas trees Saturday afternoon.

"This year we have four different types of trees. We have our Noble firs. We have got our Nordmann firs—which are a personal favorite of mine. We have our Douglas firs as well, and we have our White Pines this year," said James.

At times Saturday, James said there were four to five customers lined up waiting to load trees onto their vehicles, some perhaps trying to get errands done before more snow falls on the roads or melting snow freezes.

"All this came from last night. It was fun. I was working here [when] it started raining, and I was like 'Oh, this is going to be a fun drive home'." 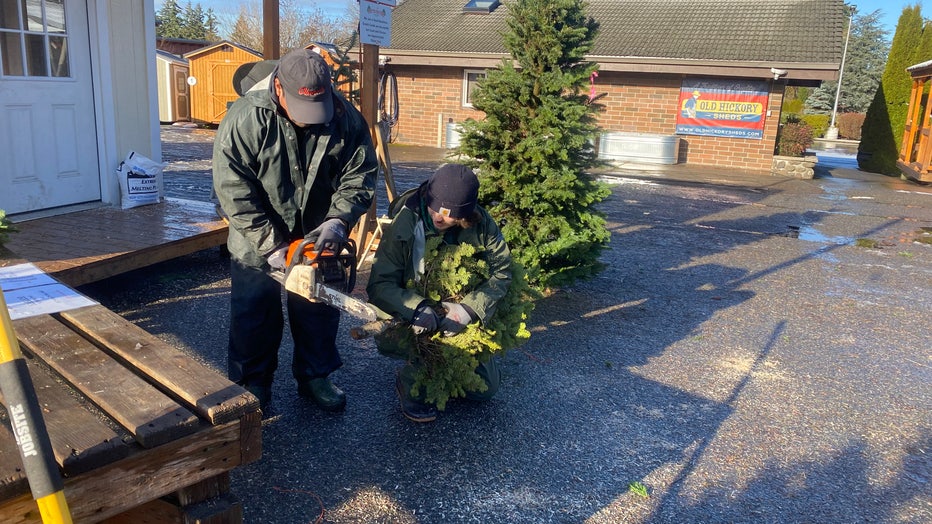 Others we talked to told us that people had a tough time driving in the snow Friday. One worker at a local restaurant reported seeing several cars in the ditches on the way home.

"Everyone is trying to go Christmas shopping and to grandma’s house and so forth, so you have to watch out," said Debbie Valenta.

Debbie and Chris Valenta were also picking up a tree Saturday afternoon. They say the weather can be tricky here.

'In Washington you have interesting dynamic, it’s snow, it’s ice then it starts melting and freezes again. So, it’s kind of hard to drive in," said Chris.

When asked if they were ready for more snow, Debbie said, "I’d rather not."

The employees at the tree lot estimated that 3-4 inches fell in the area overnight. James says that if more snow falls this weekend, they have the snow melt and salt ready to clear the driveway at the tree lot.  Despite some challenges for drivers on the road, employees say the snow will also bring more Christmas cheer along with it.

"We have heavy snow, but a lot of us here have the ability to get here, and I really enjoy working in the snow. It gives me even more of a Christmas feeling with all this weather, makes the trees look better in my opinion, as well," said James. 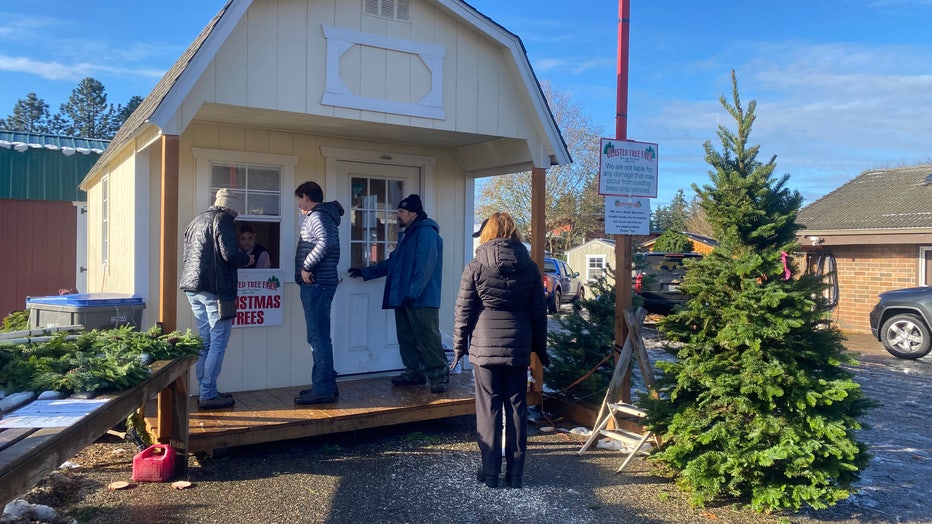