TACOMA -- The disaster in Oso has the Pierce County Department of Emergency Management paying close attention to a new landslide in its area. 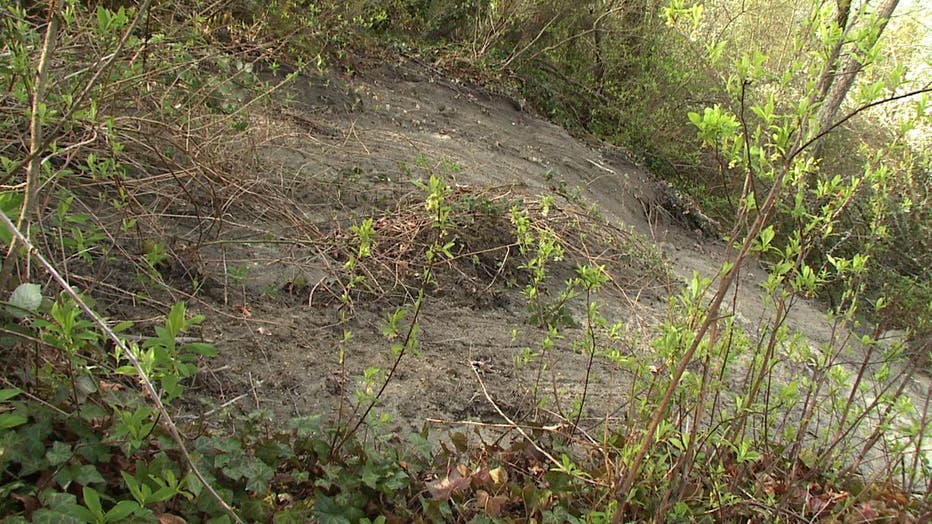 Three homes could be in danger as they are directly in the path of the potential slide.

An evacuation isn’t mandatory but officials are warning a handful of homeowners that it might be a good idea to leave.

“That’s the big concern,” said Pierce County Fire District 13 Chief Cliff McCollum. “Where is this going to go, is it going to stay put?”

“We’re just trying to figure out how to put monitoring in place and to work with the chief and experts with doing a good assessment rather than guessing,” said Porter.

County officials say ever since the catastrophic slide in Oso, they’re taking extra precautions in their own neighborhoods.

“It raises your concerns, your levels of awareness,” said Porter.

Neighbors in Dash Point called 911 last Saturday when they heard trees snapping and watched the hillside open up. Ever since then, the dirt continues to pull apart from the hill.

“You can feel where there’s actually a crack opened up underneath it,” said Richard Schroedel with the county emergency management agency. “Since I walked out on the edge you can actually feel the subsurface move a little bit.”

The homeowners at the bottom of the hill can stay for now, but if the dirt continues to move they might have no choice but to leave.