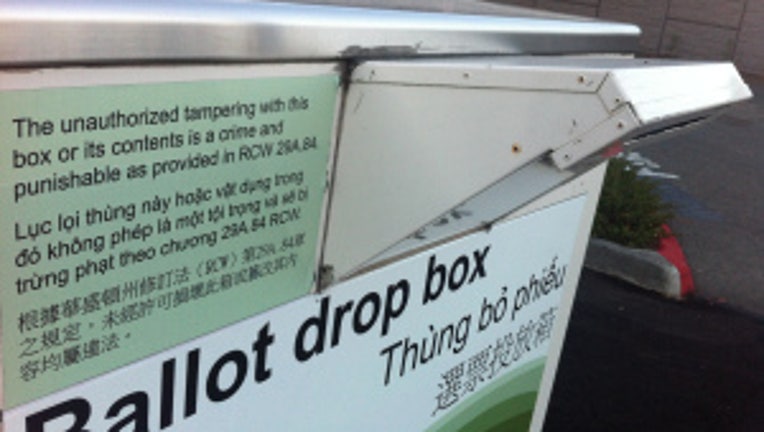 WASHINGTON (CNN) -- Voters were going to head to the polls in six states Tuesday will consider 31 ballot measures, including questions about marijuana taxes and requiring labels for genetically modified food. The question of secession also made it on the ballot in several Colorado counties. Here are a few highlights:

Last year, voters in sharply divided Colorado decided to legalize recreational marijuana. This year, they're being asked to impose a special 15% excise tax on the drug to help fund school construction, along with a 10% sales tax to bolster marijuana-related law enforcement efforts. While opponents argue it's unfair to single out marijuana for higher taxation than products such as beer, the measure is expected to pass.

The non-partisan Colorado Legislative Council projects that the measure, if approved, will generate nearly $70 million in additional state tax revenue next year.

Voters in 11 counties in northern Colorado are being asked if they want to secede from the state. Ten counties in conservative, rural northeastern Colorado would theoretically form a 51st state known as North Colorado. Moffat County, located in the northwest corner of the state, would become a panhandle for neighboring Wyoming.

The plan has no chance of becoming reality. Among other things, it would also require statewide and congressional approval. But approval or even a close vote at the county level would send a loud message of growing grassroots conservative anger toward a more liberal Denver-based Democratic establishment that has taken up controversial measures related to gun control, gay rights, and green energy.

Similar secession measures have been floated in a number of other states in recent years -- a reflection of the country's growing ideological and partisan divide.

Voters in Washington state are considering a hotly contested initiative that would require labeling all foods containing genetically-modified ingredients. The measure pits local consumer advocates, who argue that the measure is needed for consumers to make better informed choices, against large agribusinesses such as Monsanto, which argue that such a law would spook potential customers and unfairly imply that such products are unsafe.

Washington is the second state to consider such a ballot measure. A similar proposal was narrowly rejected by California voters last year.

According to the non-partisan National Conference of State Legislatures (NCSL), 95 bills relating to the issue have been introduced in state legislatures so far this year -- a reflection of growing public interest in the controversy surrounding genetically modified foods.

Voters in New Jersey are considering whether to amend their constitution to raise the state minimum wage from the federal level of $7.25 to $8.25 per hour. Future annual increases would be tied to changes in the cost of living. Eighteen states currently have a minimum wage that exceeds the federal requirement, according to the NCSL.

New York voters are being asked to revise their constitution to allow the legislature in Albany to authorize seven casinos, with the goal of generating new revenue for public schools and potentially cutting local property taxes.