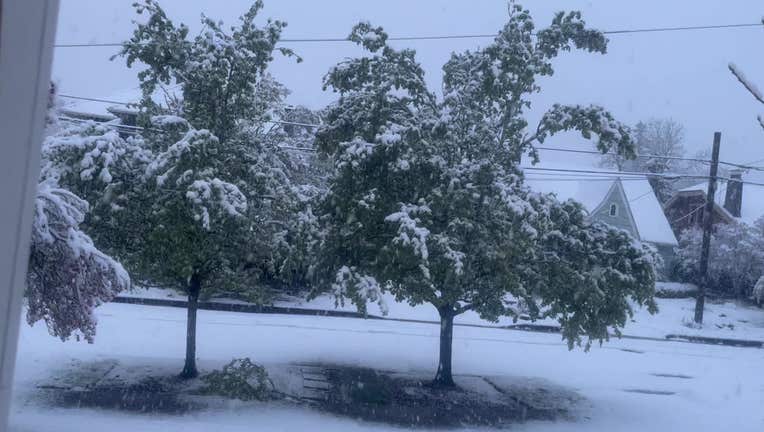 One inch of snow fell at Portland International Airport, setting a record with the only measurable amount of snow there since official record-keeping began in 1940, the National Weather Service said.

Schools across the region were closed and some areas about an hour west of Portland received up to several inches of the white stuff.

Utility company Portland General Electric reported more than 55,000 customers were without power in a six-county region of western Oregon.

A winter storm warning was in effect on Mount Hood for the next 24 hours and between 12 and 24 inches of the white stuff was expected to fall.

Also in Oregon, a recently released report shows an ice storm in 2021 decimated hundreds of acres of trees in Salem, Oregon.

The report from Salem Public Works Department says a citywide analysis found a 17.6% tree canopy loss from August 2020 to May 2021, The Statesman Journal reported.

City staff said about 10 acres of tree canopy was lost to development — but the bulk of the loss — more than 1,000 acres — was because of the Feb. 15, 2021 ice storm. The report to the city says thousands of trees fell and branches buckled under the weight of ice during the storm.

Historic and heritage trees, some hundreds of years old, were downed.

The city spent more than $6.3 million on ice storm-related cleanup.