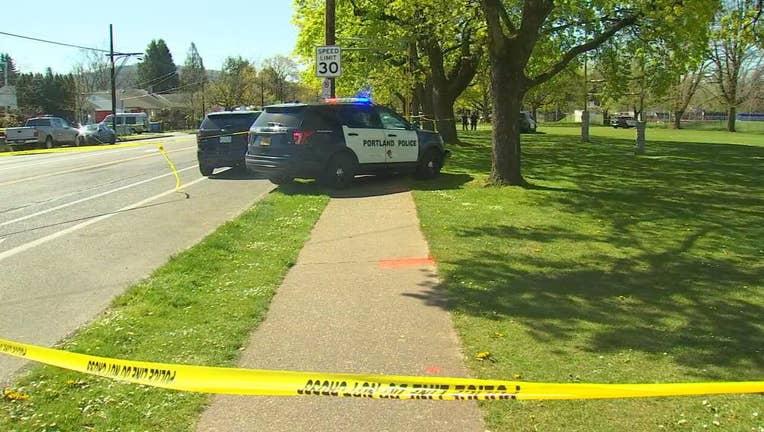 PORTLAND, Ore. - Police in Portland, Oregon, fatally shot a man in a city park Friday morning after responding to reports of a person with a gun, authorities said.

Police confronted the man at Lents Park in the southeastern part of the city and at least one officer fired, killing the man, The Oregonian/OregonLive reported.

The man who was killed has not been identified.

Protesters also began arriving at the scene within two hours of the shooting and were held behind a line of yellow police tape. Included in the group was the mother of a Black man who was fatally shot by police in 2018.

Todd Littlefield, who lives nearby, told the newspaper that he went to the park after he heard gunfire.

"I was just getting in my truck, and I heard a loud shot," he said.

Littlefield drove to the park and saw several officers standing behind trees and their cars, ordering a man to show his hands, he said.

Juan Chavez, an attendant at the nearby AM/PM gas station, said he saw a man standing in the middle of the intersection, blocking traffic, with his shirt off. He appeared to be unstable and disoriented, Chavez told the newspaper.

Police then showed up, and then the man entered the park before Chavez said he heard two gunshots.

The area where the shooting occurred is within the boundaries of operation for a new pilot project called Portland Street Response, which responds with a non-police team to calls about homelessness or people in mental health crisis, Oregon Public Broadcasting reported.