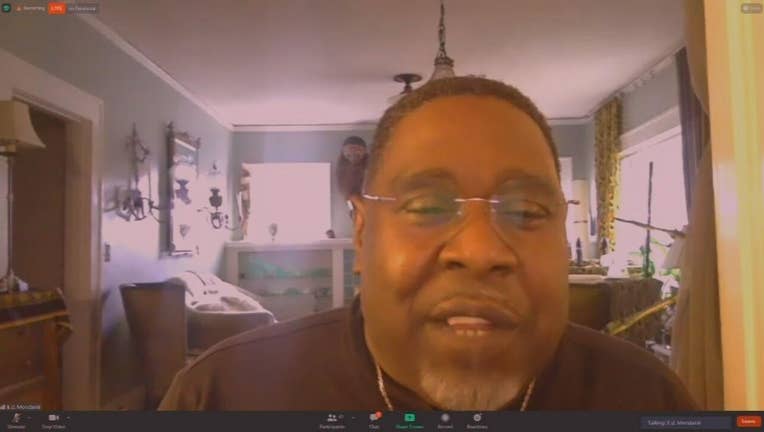 PORTLAND, Ore. - The president of the Portland chapter of the NAACP resigned Tuesday, effective immediately, amid allegations of sexually abusing three men years ago.

Rev. Elbert Mondainé, who has denied the allegations against him, resigned more than a week after an explosive story by the Portland Mercury detailing the accusations made against him.

In a statement Tuesday, the National Association for the Advancement of Colored People said Elbert Mondainé’s resignation was effective immediately.

“The NAACP is firmly opposed to all forms of abuse, assault, harassment, or discrimination. Such behavior has no place in the Association, regardless of whether these instances occurred in previous or current administrations,” the civil rights organization said. “We are continuing to investigate the matter in accordance with our bylaws, and if necessary, will take additional and appropriate action.”

Mondainé was elected president of the Portland chapter in 2018.

In its story, Portland Mercury detailed the allegations made by three men accusing Mondainé of repeatedly sexually and physically assaulting them while they were members of Celebration Tabernacle, a Pentecostal church in North Portland. The alleged abuse happened from the mid-1990s to the mid-2000s.

Eight others accused Mondainé of psychological abuse during that time period. Mondainé remained the senior pastor at the church as of Wednesday.

Mondainé established a national name for himself in June when he penned an op-ed published in The Washington Post titled: “Portland’s protests were supposed to be about black lives. Now, they’re white spectacle.”

Oregon Gov. Kate Brown and Portland Mayor Ted Wheeler both had previously acknowledged Mondainé as a trusted representative of the local Black community, after serving on local criminal justice reform committees for years. Mondainé has also appeared at events with controversial City Commissioner Joe Ann Hardesty over the past few months, the Portland Tribune reported.

Mondainé denied the allegations against him during a brief online press conference last week. He had refused to step down as president, but agreed not to run for another term.

"What you're witnessing is the manifestation of the current trend of cancel culture, which seeks to destroy anyone who does not fall in line," he said last Thursday in a Zoom press conference also shared on Facebook. "My hope is this distraction in no way interrupts the important work of eradicating racism in our city and nation."

The Portland NAACP also began investigating Mondainé in late 2019 for allegedly misusing the organization’s funds, as well as accusations of misogyny and physical threats. Mondainé did not immediately return a Fox News request for comment Wednesday.

Rise Up PDX, the Portland NAACP’s accountability arm, called for the local chapter to appoint interim leadership until a new president is elected, arguing: “We cannot afford to have the specter of such damaging allegations and failed leadership hamper our work or further erode trust in the NAACP Portland branch, especially in this time of racial reckoning and calls for justice by the Movement for Black Lives.”

So far, demonstrations have continued in Portland for more than four months since the death of George Floyd in May. While some protesters called for a reckoning on racial injustice, demonstrations have often devolved into riots and violent crowds have consistently attacked law enforcement officers, tossed fiery projectiles at government buildings, and caused further property damage.