A group of protesters rallied to stop an eviction in North Portland.&nbsp;

PORTLAND, Ore. (AP) - Barricades blocking a part of a neighborhood in Portland, Oregon, have been dismantled after a Black and Indigenous family struck a tentative deal with city officials to buy back the house they lost to foreclosure.

The Oregonian/OregonLive reports activists said police had agreed not to force the family to leave the home while negotiations were ongoing — as long as the street was cleared by Monday night. People began clearing the barricades Sunday, and they were largely removed by day’s end.

Fencing, lumber and other impediments had gone up Dec. 8 after officers arrested about a dozen people in a clash over the eviction of the Kinney family from the North Portland home.

The street behind the blockade in the neighborhood of homes, coffee shops and restaurants was laced with booby traps aimed at keeping officers out — including homemade spike strips, piles of rocks and thick bands of plastic wrap stretched at neck-height across the roadway. 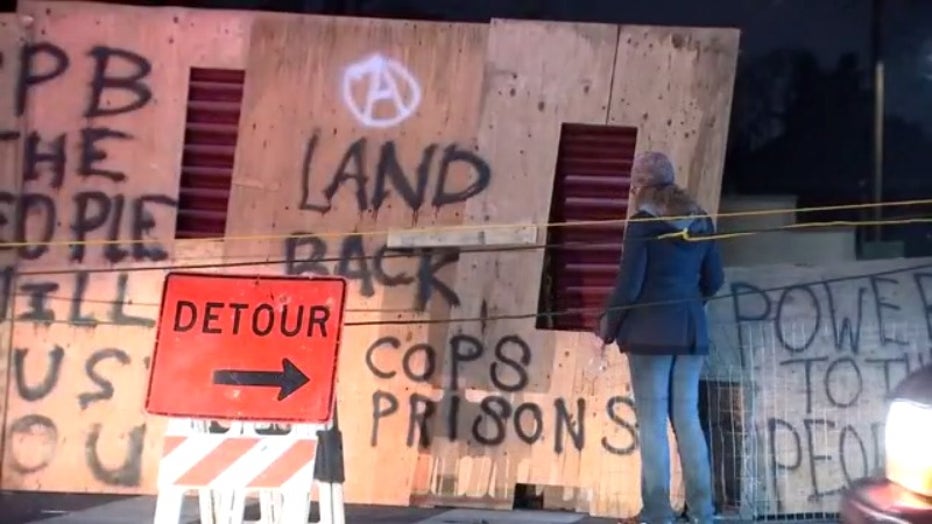 The scene recalled more than four months of confrontations between police and protesters decrying racial injustice and police brutality that only abated weeks ago.

Supporters of the Kinney family say the home was unjustly taken through predatory lending practices that target people of color. The property sold at auction for $260,000, the family said, while the private land next door is valued at more than $10 million.

The 124-year-old home was one of the few remaining Black-owned residences in an area that has rapidly gentrified in the past 20 years.

Police say between Sept. 1 and Nov. 30, there had been 81 calls to the property for fights, gunshots, burglary, vandalism and noise complaints, among other things.