EVERETT, Wash. – The Port of Everett is getting a $635 million facelift.  That’s a combination of public and private estimated investments in the making of a new waterfront.

Construction includes a new hotel, hundreds of housing options, and other attractions. 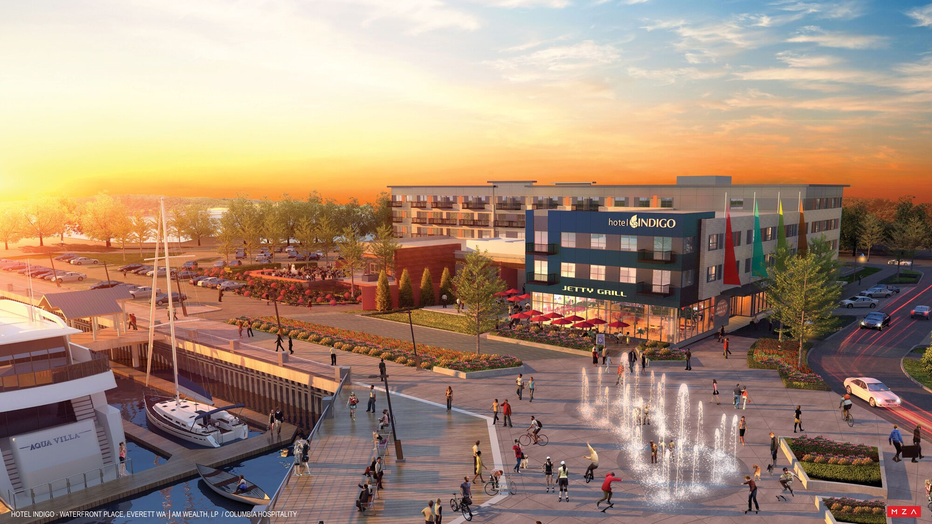 Artist rendering of Hotel Indigo as the first part of a multi-year redevelopment of Port of Everett.

A pedestrian bridge is part of the plan to revitalize the port of Everett. Connecting the Grand Ave neighborhood and downtown to the marina’s new waterfront place development.

When you think of Everett, you might think of Boeing, or the naval base, or the infamous Tweakerville sign, but there’s a new look for Everett in the works.   The first thing you’ll notice is a 7,000 square foot Indigo Hotel with 142 rooms on the waterfront, which is right across from the Scuttlebutt where Sue Bryant likes to eat.

“It’s going to be wonderful.  This area needs something to lift it up. It’s been down in the dumps for a long time, and it's wasted property here on the waterfront,” said Chief of Business Development for Port of Everett Terrie Battuello.

There’s a big multi-million dollar, multi-phase plan for a makeover.  Those empty lots will soon be home to new luxury apartments that Port of Everett’s Terrie Battuello says are desperately needed.

“A mix of millennial and empty nesters for this site. That’s what we’ve seen for our over 700 person waiting list for the project.  And they’ve already started to take reservations for certain housing units that won't even be able for a year and a half from now,” said Battuello.

The second and third phases will bring more restaurants, a splash pad, and an amphitheater and other improvement by 2023.  Every phase will bring new jobs to the port. 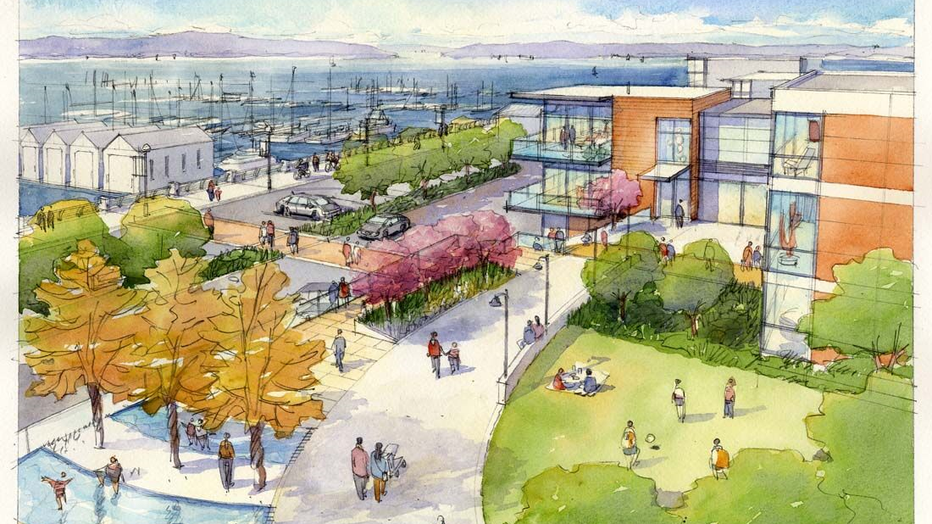 “This project here down at Waterfront Place will have about 2,000 jobs.  So adding those jobs to the workforce is what a port is designed to do,” said Battuello.

A pedestrian bridge is being built by union Iron Workers. Sue Bryant says her son works on the hotel construction.

“Anytime you can create jobs and then they’ll be sustainable jobs as well, long term,” said Bryant.

The bridge will serve as a physical connection between the old and new Everett. 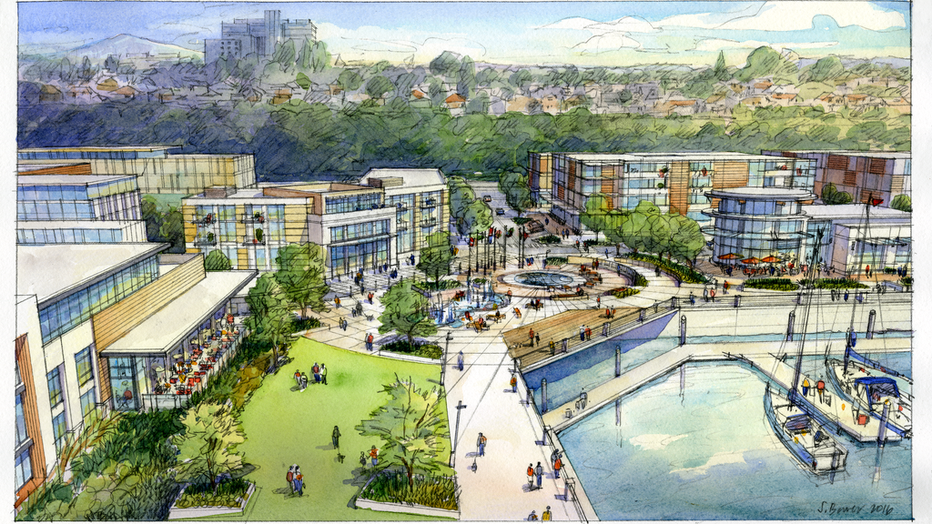 Artist rendering of Pacific Rim Plaza at the now under construction Port of Everett as part of a $635 million redevelopment plan.

“We believe the project will impact how people feel about Everett,” said Batuello.

It could be a new sense of pride for Sue Bryant.

“I have four grandkids. I’ll be happy to bring them, you betcha!” said Bryant.

The groundbreaking for the first housing development is this month. This summer the hotel and the pedestrian bridge will also open.