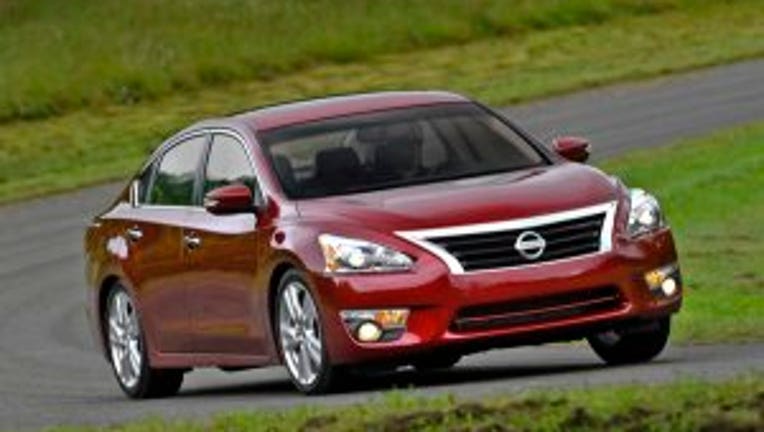 WASHINGTON -- Nissan will recall more than 123,000 new Altima sedans after a spare tire blew out – while locked away in the trunk of a car.


The recall affects 2013 model year Altimas that were produced for about a year-long period, ending on March 26.

According to documents filed with the National Highway Traffic Safety Administration, Maxxis – Nissan’s spare tire supplier – had a faulty inflation gauge on an air pump and was either over-inflating or under inflating spare tires.

Some of the tires would blow out when the heat in the trunk rose, increasing the already overinflated air pressure in the tire beyond what it could handle. The problem was discovered when an owner of one of the vehicles took the car back to the dealership.

Nissan said it traced the problem back to a malfunctioning pressure regulator and pressure gauge at a Canton, Miss., plant. It said the equipment was fixed on March 26 and that it does not know of any accidents or injuries resulting from the problem.

Nissan will ask owners of the cars to take them back to a dealership so that the spare tires can be inspected and inflated properly. Damaged spare tires will be replaced.