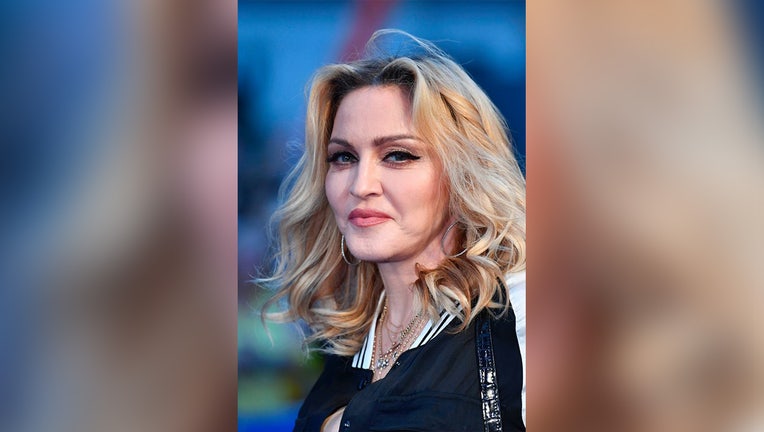 FILE - Madonna poses after arriving on the carpet to attend a special screening of the film "The Beatles Eight Days A Week: The Touring Years" in London on Sept. 15, 2016. (BEN STANSALL/AFP via Getty Images)

Madonna appears to have come out as gay after a recent TikTok video she posted over the weekend, according to social media and multiple reports.

The "Queen of Pop" posted a video to her official TikTok account showing herself holding up a pair of pink underwear with text reading: "If I miss, I’m Gay!"

She then appears to purposefully miss a waste bin, after which she does a half-twirl motion, and then the video ends.

The comment section was flooded with reactions from fans (and haters) speculating whether or not the "Material Girl" actually came out or was just partaking in a trend that has been circulating on TikTok.

The singer has yet to address the speculation on any of her social media platforms and it’s also worth mentioning that National Coming Out Day falls on Oct. 11.

Tiktokers who appear to be part of the LGBTQ+ community have been posting on the social media platform taking part in a trend called "If I miss, I’m gay," or "If I miss, I slay," or words to that effect.

People would get a piece of trash and text would appear on their video saying the phrase, and they would appear to purposefully miss their target.

There have been other trends created geared away from the LGBTQ+ angle as well, such as, "If I miss, I’m chill" or even "If I miss, I owe you [insert word here]."

Memorable VMAs and notable past relationships

Madonna, 64, has dropped hints about her sexuality dating back to the early 90s and has been an avid ally of the LGBTQ+ community for many years.

The legendary pop star has made headlines in the past which made people question her sexuality, such as her infamous 2003 Video Music Awards (VMAs) performance when she kissed both Britney Spears and Christina Aguilera on stage, and more recently this past August during her 64th birthday celebration in Italy.

Despite her actions out and about, Madonna appears to have only ever been in public relationships with men.

She was also famously married to Sean Penn in the 80s and had a second marriage to movie director Guy Ritchie in 2000.