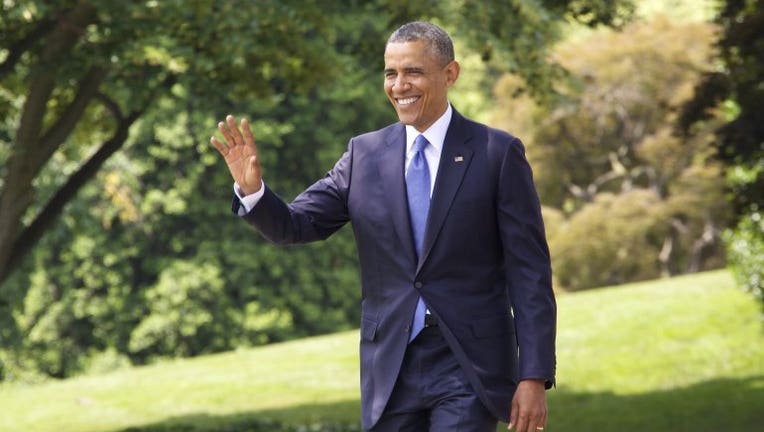 
WASHINGTON-- President Barack Obama's policy of halting deportations for the undocumented parents of children born in the U.S. is popular -- but his method for implementing it is not.

Only 26% of Americans think Obama's plan for those immigrants goes too far, while 50% called it about right and 22% said it doesn't go far enough, according to a CNN/ORC poll out Wednesday of 1,045 adults, conducted Nov. 21-23 and with a margin of error of plus or minus 3 percentage points.

However, when asked for their stance on Obama using an executive order to make those changes, just 41% said they favor the move, while 56% said they oppose it.

Despite the limited backing for Obama's action, the survey shows that Republicans might have a hard time gaining traction on the issue.

It's "a classic case of good news/bad news for both the President and the Republicans in Congress," CNN Polling Director Keating Holland said of the results.

Just 16% of Americans are angry about Obama's immigration move -- though another 27% said they are displeased. Nearly one-quarter of Americans say it doesn't matter, and 41% say they're pleased or enthusiastic about it.

Support for a GOP lawsuit against Obama over his executive order comes from just 38% of Americans, while 60% say Republicans shouldn't challenge the move in court.

Instead, 76% said the GOP should spend more time passing immigration reform legislation -- something Obama repeatedly prodded his Republican critics, especially in the House, to do -- while just 21% said the party should focus on overturning Obama's policies.

The results come as Republican lawmakers and governors grapple with how they'll respond. Greg Abbott, the incoming Texas Republican governor, said he's likely to announce a legal challenge to Obama's executive order in about two weeks. And House members could push to limit funding for government agencies affected by Obama's action as they debate budget measures in December.

The poll found that 49% of Americans say Obama has the legal authority to loosen deportation policies on his own, while 48% say he doesn't.

His overall marks on immigration also jumped, with 34% of Americans approving of how he's handling the issue in September and 44% approving after last week's announcement.

That improvement, though, didn't affect Obama's overall approval rating, which the poll found was at 44% -- little changed from October's 45%.

The survey also found evidence of support gradually increasing for easing U.S. policies toward undocumented immigrants and their families.