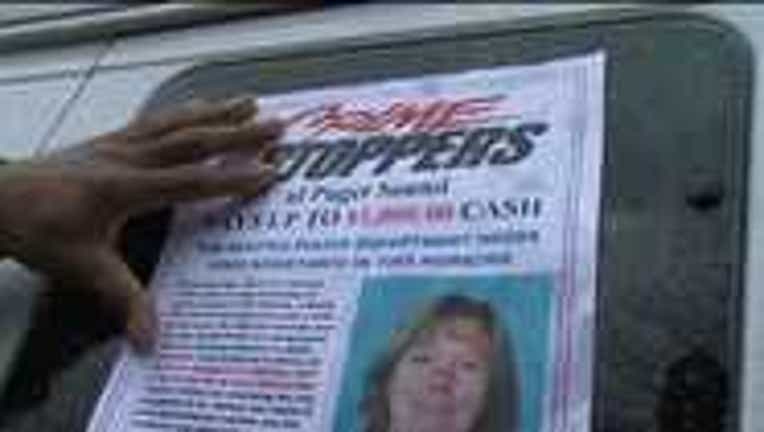 Fliers were posted seeking the public's help in solving the murder of Greggette Guy on Alki Beach last year.

SEATTLE -- Nearly a year ago, Greggette Guy went for a walk along the water on Alki Beach. She never returned home.

Her body was found floating the next day. She had been murdered.

No one has been arrested, but police detectives say if there had been surveillance cameras along the water, they may have caught her killer by now.

“It could have captured an image of a boat if it were on the water, or a vehicle driving along the roadway,” said Seattle police detective Monty Moss. “That could have led to an investigative tip or lead.”

Moss is in charge of the city’s new surveillance camera system along the waterfront and port to combat crime and terrorism. He spoke to a small group of residents at a church in Alki Thursday night.

More than 30 cameras are proposed along the water. There are those living around Alki who support them. But plenty of people remain concerned about privacy and worry about what the cameras could see.

Police say they will use a masking system to make sure the cameras don’t see into homes or apartments. Moss said cameras are an invaluable tool in solving crimes and catching killers. Last year, surveillance inside the Roosevelt area’s Café Racer helped police find the shooter who killed four people there.

Moss said that before detectives saw the surveillance photos from that mass shooting, “we were chasing ghosts, so to speak.”

“When you have an image of a suspect, then it allows us to focus on that person instead of looking for people who look a little like him or her.”

They were eventually able to track down the shooter, Ian Stawicki, who committed suicide as police approached him in West Seattle.

While police see the benefit in the public cameras, city leaders won’t allow them to be turned on until several more public hearings to hear all of the concerns raised by having cameras overhead.