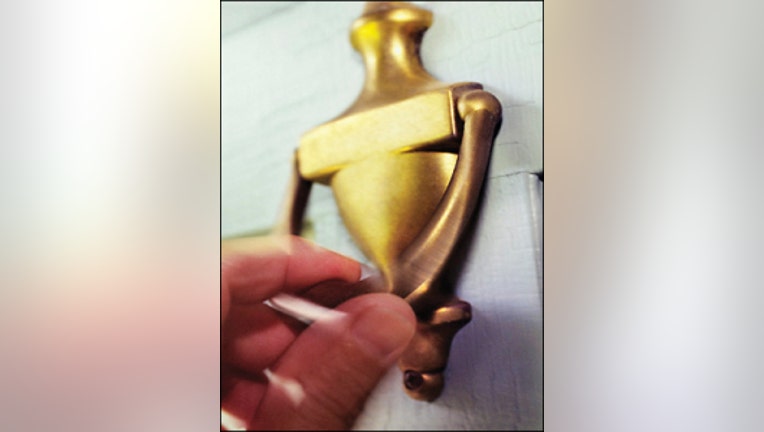 SEATTLE -- Police say it is not a new problem, but an old problem that pops up every year when the weather gets warm -- groups of salespeople, some of them bused into neighborhoods, knock on area resident's doors.

Some are on the level, some are not, and the problem is it can be hard to tell the difference.

It happened to "DeAnna" Saturday afternoon. There was a a knock at the door and a stranger on the other side. "He asked if I’d be willing to give some money to a charity helping at risk kids. I said, 'No, thank you.' I was very polite and said I was not interested,” DeAnna said.

She didn’t want to tell us her last name but DeAnna said the man wouldn't take no for an answer and then did something that scared her.

Deanna is not alone. It has happened in her neighborhood for years, in spite of no solicitors signs.

"They still actively, aggressively solicit, no matter what kind of sign you put up and we feel violated,” neighbor Diane Smith said.

It also happened to Sarah Dillard in west Seattle in April.

"As the guy was walking away he looked in the back of our car and I said to my husband, 'I think he's casing our house',” Dillard said.

Looking out for each other, block watch members share stories of their run-ins on neighborhood blogs and in person.

They're comparing descriptions of these overbearing solicitor's and their tactics.

"Most of them are legit but the ones that aren't could perhaps attack you, get in your home.  There are lots of things that could happen. So you have to be very, very safety conscious,” Crime Stoppers of Puget Sound Executive Director Myrle Carner said.

Experts say never open the door, but acknowledge the knocking so the person will know someone is at home so they don't try to break in.

The easiest way to know if the salesman is legit is to ask he or she shows you identification through a window or peephole.

"Any solicitor that is legitimate has to carry a city of Seattle license with their picture on it to make it valid,” Carner said.

It may vary slightly from city to city but generally solicitors have to be off the street by nightfall. If someone knocks your door after hours, don’t open the door and call 911.