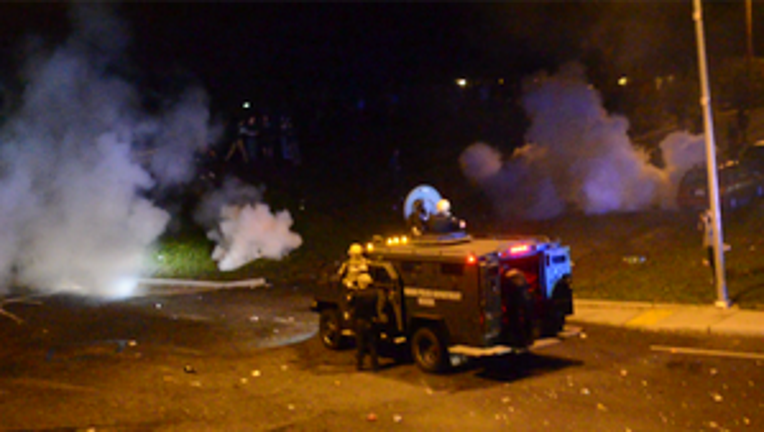 BELLINGHAM -- Police say a block party with about 200 people started to get out of hand around 9:30 p.m. Saturday near the corner of Jersey and Chestnut Streets in Bellingham.

The crowd, which quickly grew to about 500 people, had to be dispersed with pepper spray and three people were arrested but no serious injuries were reported. None of those arrested were Western Washington University students.

When police initially asked the crowd to disperse, people refused and instead retreated to nearby Laurel Park, where their numbers grew. "Next thing I know 300, 400 people are outside going crazy,” Ed Bear said.

It took police a couple of hours to break up the crowd.

As the crowd grew, things spun out of control and party goers began throwing bottles into the streets. Within minutes cell phone video started turning up on YouTube that showed how bad things were and how dangerous it became for police and the public.

Police cars lined the street for blocks and waited for the SWAT team to arrive in riot gear as the crowd continued to gather. Ian Vincent said police calmly told party goers to leave, but were forced to use pepper spray and rubber bullets to disperse the crowd.

"People still refused to leave and that’s when things started to get out of hand,” Vincent said.

Police and school officials plan to look at video of the riot and if more revelers are identified, there could be more arrests made or disciplinary action taken on campus.