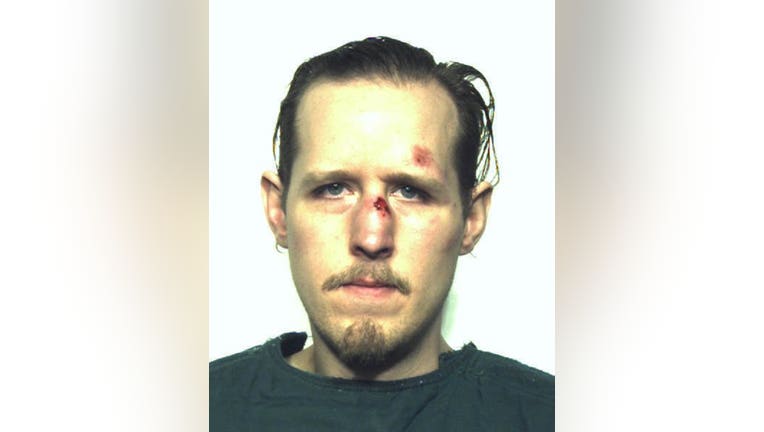 Frein is charged with first-degree murder and other crimes in an ambush that killed one officer and wounded another outside the Pennsylvania State Police barracks in Blooming Grove on September 12. The manhunt for Frein lasted almost seven weeks and involved as many as 1,000 officers at times.

Frein's trove of survival supplies indicated that he was well-equipped to survive alone in the wilderness for weeks or even months.

A police inventory listed nearly 120 items in the possession of the 31-year-old survivalist and military buff who was captured last week near Tannersville, Pennsylvania.

In addition to various articles of clothing and multiple weapons and ammunition, Frein had packed food items such as cup noodles, rice, beans, five-gallon water jugs, crackers, soy sauce, vegetable oil, and even a bottle of soju, a Korean vodka.

A 14-page handwritten note was found but authorities did release further details.

Frein also spent his 48 days on the lam in possession of a radio, binoculars, blankets, a headlamp, glass ashtrays, laundry detergent, batteries, maps, a nail clipper, pots and pans, a propane stove, notebooks, toilet paper, a compass, and glow sticks.

Among his high-tech items were a Lenovo Thinkpad, headphones, a wireless mouse and two portable storage drives.

Authorities, hoping to find out what is on the laptop, on Saturday asked a judge for permission to search the computer.

A search warrant application released Wednesday described how authorities had already searched a computer from Frein's home and discovered some disturbing Internet searches that went back to November 2012.

The searches included: "how to escape a manhunt," "can police track cell phone" and "ballistics trajectory calculator."

In the ambush outside the state police barracks, Cpl. Bryon Dickson was killed and Trooper Alex T. Douglass wounded.