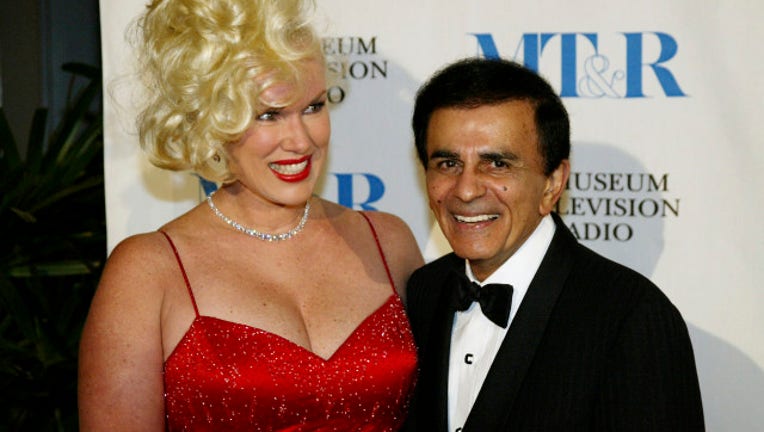 Jean and Casey Kasem on Nov. 10, 2003, at the Beverly Hills Hotel in Beverly Hills, Calif. (Photo by Doug Benc/Getty Images)

The Santa Monica Police Department confirmed Monday that Kasem's daughter Kerri will officially file the report soon, and they have already begun preliminary investigations into the case of reported abuse against Kasem.

As his health started to deteriorate a few years ago,  Kasem's wife and children began battling over his care. The fight moved to Washington State last month when Jean brought Kasem to stay in Kitsap County at the home of a longtime friend.

After Casey and Jean moved to Washington, a judge in Los Angeles gave Kerri Kasem more power over her father’s medical care. But her stepmother failed to comply with the order, Kerri alleges, so the two sides went to court again. On May 30, a Kitsap County judge gave Kerri daily visitation rights, and permission to bring a private investigator along to monitor Kasem’s condition.

The distaste between the two seemed to culminate when Jean allegedly threw raw meat at Kerri when she attempted to visit her dad in Silverdale.

According to Santa Monica police officials, investigators are gathering medical documents to investigate Kerri's claims. However, since Casey left California in early May, there may be jurisdictional issues in regard to elder abuse.

Kasem's daughters told CNN they will not fight their stepmother over their father’s remains.