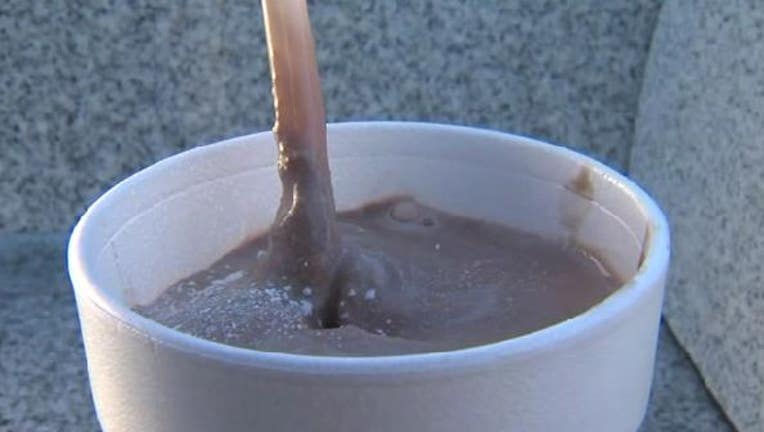 Two teenage girls were arrested in Northern California this week after they used sleeping pill-laced milkshakes to drug one girl's parents because they wouldn't let her use the Internet past 10 p.m., police said.


The incident unfolded in Rocklin -- about 20 miles northwest of Sacramento -- the night of Dec. 28, when the parents fell asleep about an hour after drinking  milkshakes their 16-year-old daughter and her 15-year-old friend brought them from a fast food restaurant, Rocklin police Lt. Lon Milka said Thursday. The parents woke up in the middle of the night feeling "really groggy" with "hangover symptoms," Milka said, but had not been drinking.

When they woke up again the next morning, they still felt "really odd," Milka said, and "figured that something was wrong."

The couple went to the Rocklin police station and picked up $5 drug kits typically used by parents to drug test their children, Milka said. After the tests picked up traces of drugs, the parents contacted authorities and brought their daughter to the police station.

Investigators later learned the girls crushed prescription sleeping pills and put them in the milkshakes so the parents would fall asleep and they could use the Internet past the 10 p.m. curfew.

"Mom and Dad had the Internet cut off nightly at 10 p.m.," Milka said. "The daughter wanted to use it past 10 because I guess they're like most teenagers and the Internet is their life."

The parents didn't end up drinking all of the milkshakes because it was "kind of gritty" and "really funny tasting," Milka said.

The girls, whose names were not released because of their ages, were booked on Dec. 31 in Placer County Juvenile Hall on suspicion of conspiracy and willfully mingling a pharmaceutical into food. Milka said it would be up to prosecutors to decide whether charges would be filed.

Milka said it was unclear what websites the girls accessed while the parents were asleep.

"It's the first I've ever heard of it," he said. "Kids are crazy these days."