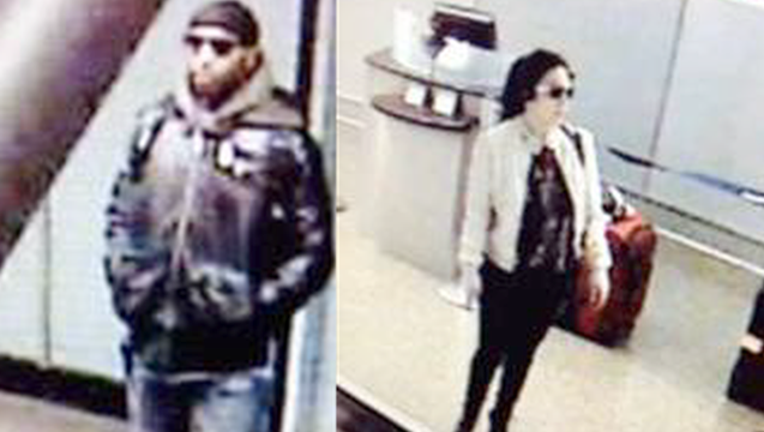 SEATAC -- It is bad enough to lose your luggage. But what's happening at Sea-Tac International is something altogether different.

An organized team of thieves preying on weary travelers, stealing their luggage, at times, before they can make it to the baggage claim and pick it up.

"It's just a low thing to do,” traveler Mattlyn Cordova said.

Both are believed to be driving a black early 2000 model Grand Prix GTP.

No one is sure how many victims there might be.

"I feel bad for them. Some people bring a lot of valuables in their suitcase, especially if they're moving, things you can't get back,” traveler Christina Jefferson said.

"I would just be mad. I think about those people and it makes me kind of think, you know, it's my hard-earned money and you're taking it so obviously I get angry at someone doing that type of thing,” traveler Greg Hessler said.

If you know one or both of these suspects, you're asked to call 911

Travel Tips for packing bags:
• Do NOT pack expensive items in checked luggage
• Bags look alike, make yours identifiable
• Be at the bag claim when your bags arrive after a flight – don’t stop for food/drink until after you get your bag
. Thieves generally pick on bags left on the carousel after other passengers are gone.
• Take a picture of what’s in your bag
• Report any stolen items to police

Travel insurance or credit card protection plans could help recover your losses if your bag is stolen.