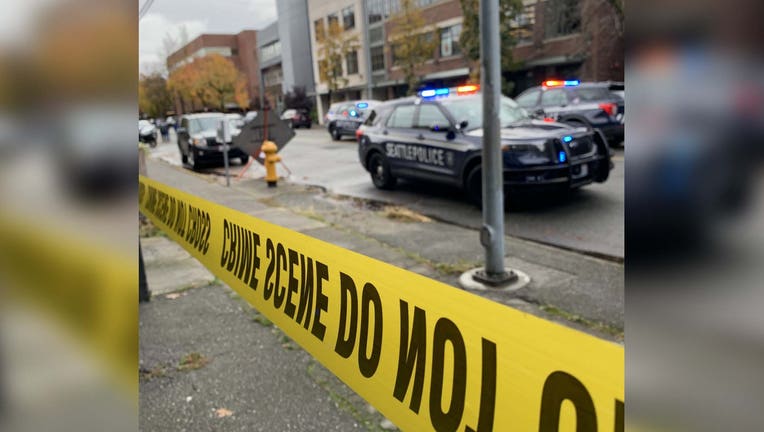 BELLEVUE, Wash. - Police are investigating a series of crimes between Kent, Bellevue and Seattle linked to a single suspect, who was arrested in Renton.

Authorities say the suspect carjacked a victim in Kent, then drove the car to Bellevue.

The suspect then reportedly stole someone's purse at gunpoint in Bellevue Square, then shot at her twice before stealing her black BMW sedan.

The victim was not injured in the robbery.

The suspect drove across the SR 520 bridge to Seattle, during which authorities believe they caused two hit-and-run crashes.

Police believe the suspect then drove to Eastlake, shot a 38-year-old man in the leg, and stole his white Jeep Cherokee.

Kent Police say they located and arrested the suspect in Renton.

This is a developing story. More information will be provided as it becomes available.