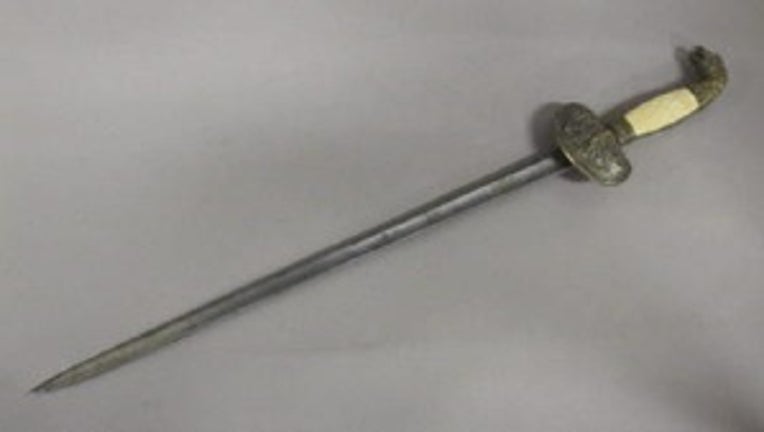 EDMONDS, Wash. -- An alleged stalker followed a Starbucks employee to her work where he waved a large sword shortly before leading police on a 95 MPH chase Sunday, Edmonds police said.

Edmonds police officers responded to calls of an unruly customer around 3:30 p.m. Sunday at a Starbucks located in the 21900 block of Highway 99. The customer was allegedly a frequent customer of the store, and known to stalk a 22-year-old female employee. The 30-year-old man often left gifts and various packages for the employee. Police said the man and the woman both attended the same class at a nearby community college.

When the man entered the store, other employees told the alleged stalker to leave and stop hassling the female worker. He became agitated and went out to his car to grab a large sword. He came back into the store and did not threaten anyone but made an attempt to reach the female employee, police said. He fled the scene in a car as soon as police arrived.

Police followed the suspect out of the parking lot and onto 220th Street SW. He allegedly ran red lights and reached speeds more than 95 MPH in the chase. Police abandoned the chase until they later received calls of a car matching the suspect's description driving erratically.

At 7:45 p.m., sheriff's deputies spotted the suspected vehicle parked outside a home in the 14800 block of 29th Avenue West. The suspect refused to exit the car, and Edmonds police used less-than-lethal bullets to break out the rear window of the car. The suspect then exited the vehicle and was booked.

The 30-year-old Lynnwood resident was booked into the Snohomish County Jail on first degree burglary charges from entering the Starbucks armed after he had been told to leave and attempting to elude police.