TUKWILA -- Police said one of its officers was forced to open fire Wednesday afternoon after a shoplifting suspect at Southcenter Mall tried to run him over. 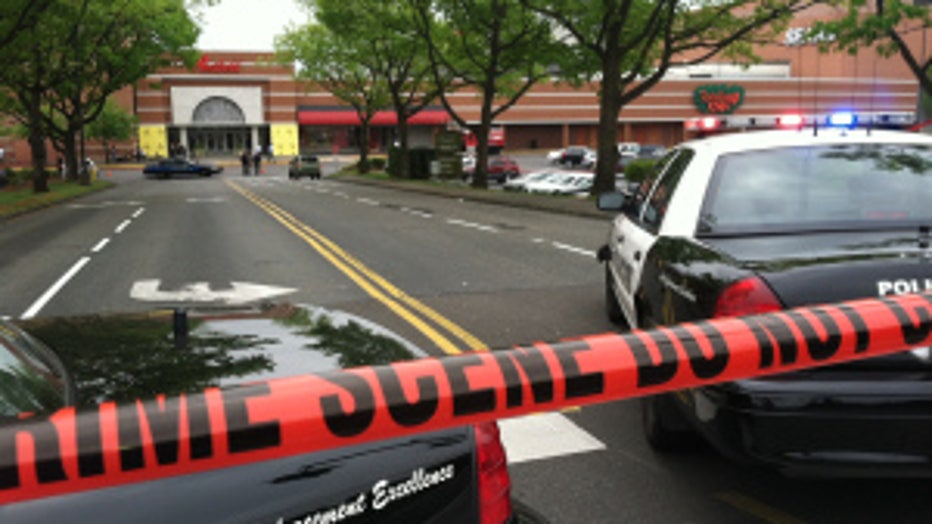 It happened outside Nordstrom.

Witnesses say it started about 12:45 this afternoon and the mall was full of shoppers. The shoplifting suspect got into a waiting car outside the mall. The officer ordered the driver of the car to stop, but the driver struck the officer with the car; the officer then fired at the car.

The suspects attempted to flee into a nearby Target parking lot, but it ended up being a dead-end and police arrested them. One of the two men who was hit by police gunfire was transported to Harborview Medical Center. His condition is unknown. Both men were taken into custody.

The officer who was struck by the vehicle was treated on the scene and was not transported to the hospital.

During the incident, shoppers inside Nordstrom were told to stay inside the store, which was locked down.