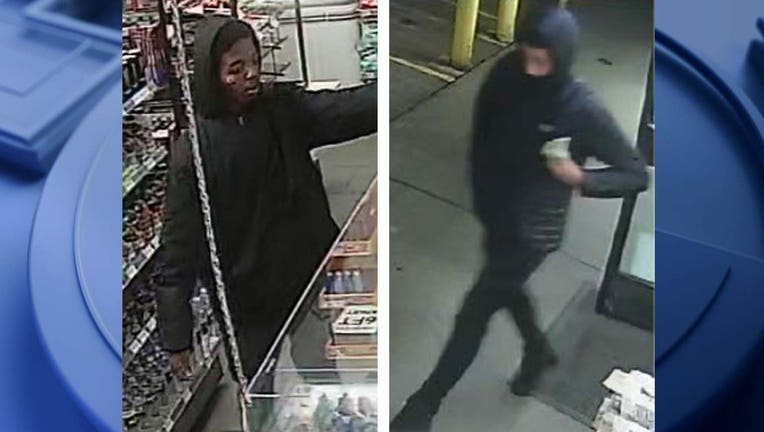 Police say the robbery happened Sunday around 6 a.m. Two men entered the 7-11 near 91st Avenue and Highway 204, one of whom held the clerk at gunpoint and demanded money, cigars and cigarettes.

The two left and walked from the building, but police believe they had a getaway vehicle nearby.

The suspects are described as Black men; one has a distinct birthmark or large scar under his right eye, and was wearing a black hoodie and black pants. The other wore a black or dark blue puffy hooded jacket and black pants.

There is no information on a suspect vehicle.

Anyone with information on the robbery or suspects is urged to call the Lake Stevens Police tip line at (425) 622-9369, or email at tipline@lakestevenswa.gov.

Detectives arrested a 22-year-old Everett man in connection to a fatal shooting outside a bar in early March.