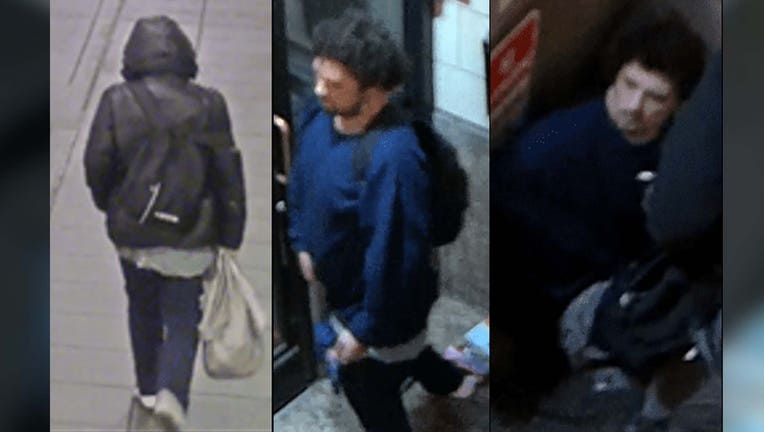 SEATTLE - UPDATE: On March 16, Seattle police arrested an 18-year-old suspect in connection to a shooting death of a 15-year-old in downtown Seattle.

PREVIOUS: Seattle Police detectives need help identifying a suspect in the killing of a 15-year-old boy in downtown Seattle on March 2.

A 15-year-old boy was shot and killed near Third and Pike around 7:15 p.m. March 2, but no suspects were identified.

Now, surveillance cameras have captured images of a suspect, described as a light-skinned man with dark hair. He wore a black-hooded jacket, long-sleeved blue shirt, blue jeans and white Adidas shoes, and had a black backpack and large white or gray tote bag.

Police believe the man may have a large tattoo on his left hand.

Anyone with information on the suspect or shooting is urged to call Seattle Police’s violent crimes tip line at (206) 233-5000.

'You’re supposed to die before your children die': Grandma of 15-year-old shot and killed speaks out

The grandmother of a 15-year-old killed in downtown Seattle last week, is sharing her story with FOX 13 News in the hope that no other family has to deal with this type of tragedy.