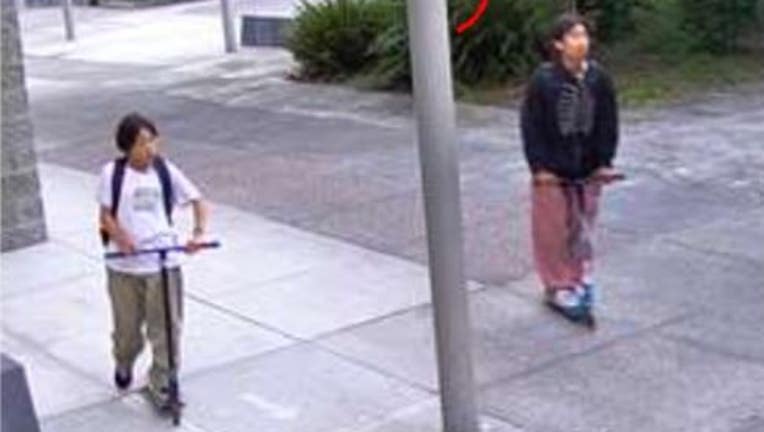 KENMORE, Wash. - Police are asking for the public’s help in identifying two suspects who might be responsible for the recent uptick in graffiti in the past few weeks.

According to the Kenmore Police Department (KPD), Kenmore Middle School has been a recent target for graffiti. After reviewing security footage from the school, two young men, who appear to be minors, were caught on camera riding on scooters around the same time the vandalism occurred. 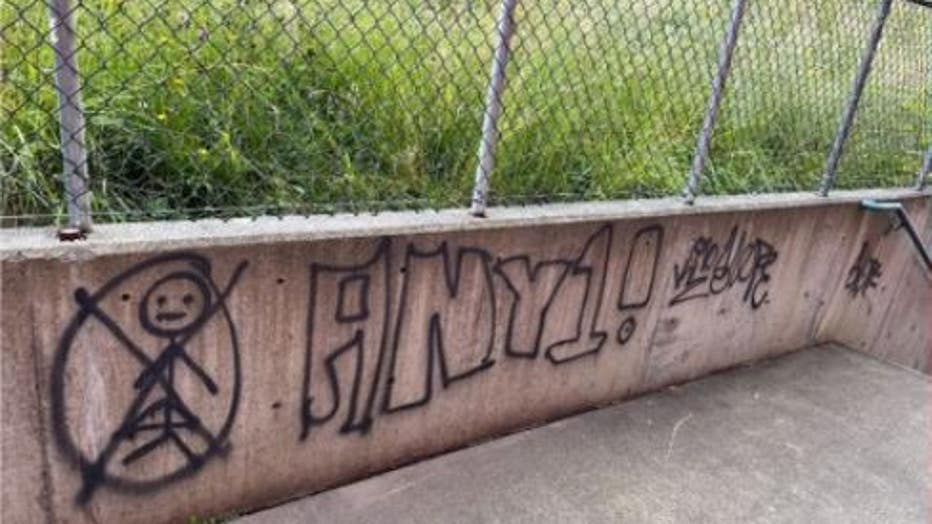 Authorities say the graffiti at the school is not gang-related.

Based on the photos posted on KPD’s Twitter page, the two men have medium straight black or brown hair. Both were seen riding scooters and wearing backpacks.

Seattle mayor Bruce Harrell is so fed up with graffiti on Washington state-owned highway right of ways that he is considering tearing up a long standing memorandum of understanding between the city and state over who is responsible for removal.