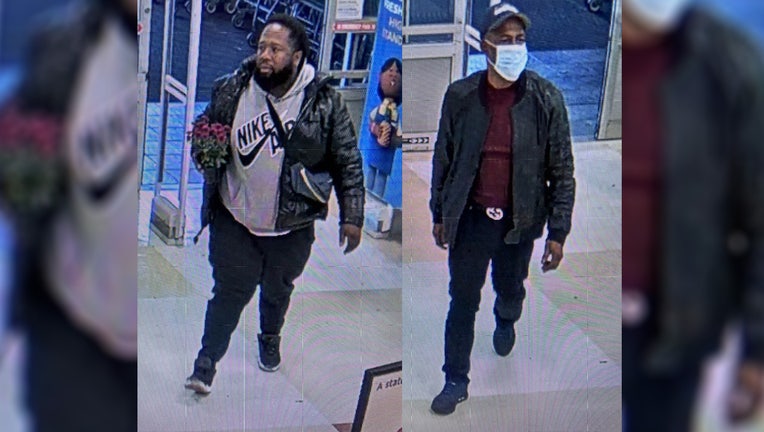 BONNEY LAKE, Wash. - Police are asking for the public's help in identifying two suspects accused of targeting elderly women and stealing wallets from shopping carts, and then using them to purchase gift cards.

According to the Bonney Lake Police Department (BLPD), on Oct. 25, a victim had her wallet stolen at the Bonney Lake Costco, and the suspects used her credit cards to buy gift cards at a nearby Fred Meyer.

Both suspects were spotted driving what appears to be a white, two-door Infinity with a sunroof.

Authorities believe one of the suspects committed similar crimes in Bonney Lake back in June, and Redmond in May.

The BLPD says the victims of these thefts were all been elderly women who left their purses unattended while shopping.

Anyone with information on these suspects are asked to contact the BLPD Tip Line at 253-447-3231, or email detective@cobl.us. You can also submit an anonymous tip to Crime Stoppers of Puget Sound at 1-800-222-TIPS or by sending it through the P3 Tips app. You could receive a reward of up to $1,000 for a tip that leads to an arrest.

Police are asking the public for help identifying a suspect who broke into a home, grabbed multiple sets of car keys and used them to steal two cars out of the driveway Thursday morning.