Police say a man and a woman were shot in the stomach at a homeless encampment in South Seattle.

Seattle Police are investigating after two people were shot Thursday morning at an encampment in South Seattle.

Officers were called around 8:30 a.m. to an area under the 1st Ave. S. Bridge in an industrial area next to the Duwamish River. 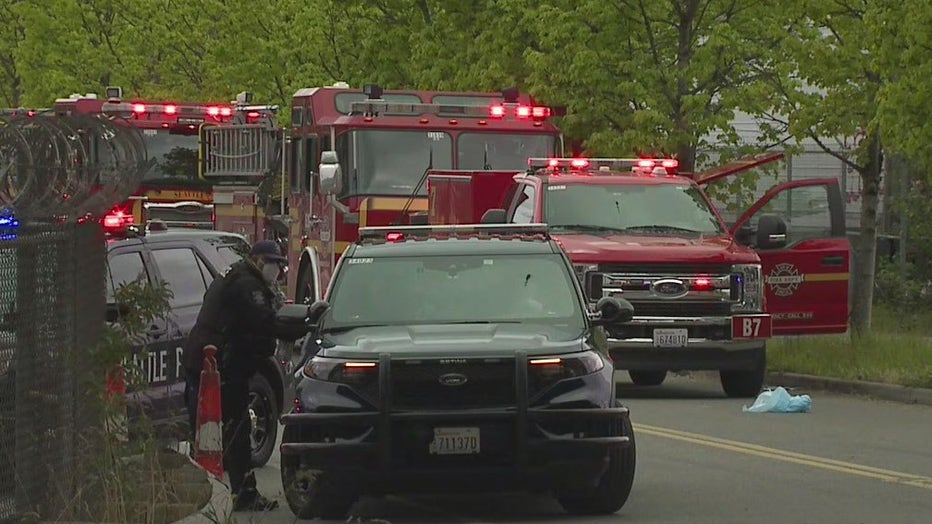 Police said a man walked into an encampment and shot another man and a woman in the stomach area. Both were taken to Harborview Medical Center.

According to the Seattle Fire Department, a 20-year-old man was in critical condition and a 28-year-old woman in serious condition.

Hospital officials said later Thursday that both patients were in satisfactory condition.

The suspect was last seen walking away from the scene and may have gotten into a vehicle. Police did not have a detailed description.

K9 Units and the King County Sheriff's Office's Guardian One helicopter were called in to search for the suspect.