Police searching for hit-and-run suspect who crashed into a family on their bikes in Mt. Vernon

Police are searching for a driver who drove on a sidewalk, crashed into a family riding bikes in Mt. Vernon over the weekend. Authorities say two adults are recovering, two children were uninjured.

MOUNT VERNON, Wash. - Police are searching for two hit-and-run suspects that drove onto a sidewalk and crashed into a family riding bikes Saturday afternoon.

According to Mount Vernon Police Department (MVPD), the incident happened at the intersection of Fir St. and N. Laventure Rd. at around 2:00 p.m. Saturday.

Two of the victims, a 46-year-old man and a 44-year-old woman, were taken to the emergency room at the Skagit Valley Hospital and are still recovering from their injuries. Two boys, a 10-year-old and a 12-year-old, were unharmed in the incident.

Authorities say the driver was traveling northbound on N. Laventure Rd., crossed the center line into southbound traffic, drove onto the curb and crashed into the family. A male suspect as well as his female passenger exited the vehicle, quickly got back into the car and drove away. The suspects then turned onto Kulshan Ave., crashed into several parked cars and abandoned the vehicle. Officers brought in a K9 unit to track down the suspects, but they were not found. 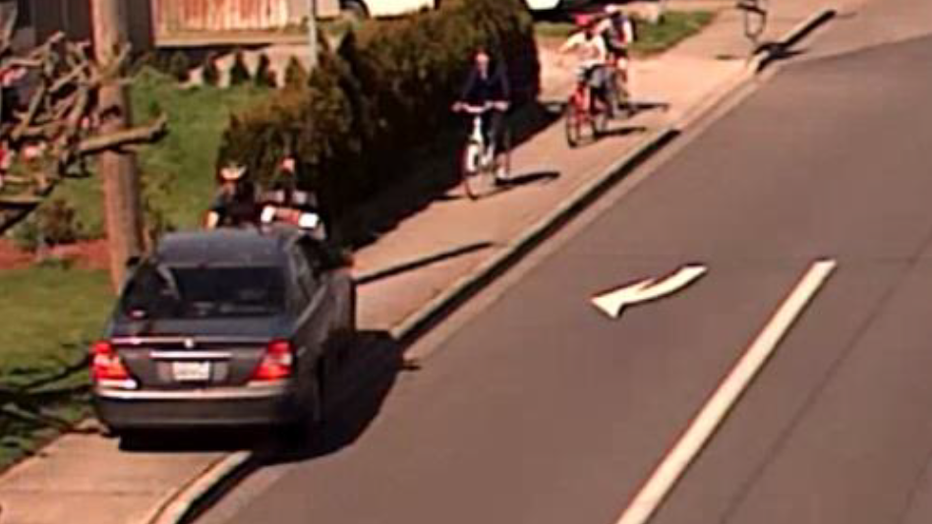 MVPD says detectives have identified a man and a woman as persons of interest, and they are still searching for them to further the investigation.

The suspect's vehicle, a gray 4-door sedan, has been impounded, and authorities are working on obtaining a search warrant.

Detectives would like to speak to anyone who is familiar with the people associated with the car, as well as anyone who witnessed the incident.

RELATED: Authorities search for hit-and-run suspect that killed a man in Spanaway