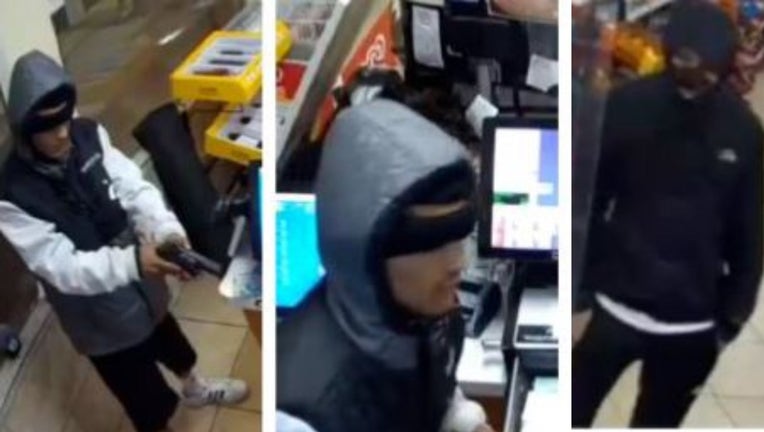 Police said two men with face coverings entered the store. One of the two held the cashier at gunpoint and demanded cash from the register, while the other man stole multiple products including vape pens and tobacco products.

The suspects were both described as Hispanic, around 5 feet 4 inches and 5 feet 6 inches tall with slim builds. The suspect with the gun was wearing a black, gray and white North face jacket, black basketball shorts, and white Adidas shoes. The second suspect was wearing a black North face with black sweatpants, and white Air Force One built shoes. These suspects were last seen running westbound away from the Chevron on Pacific Ave.

No one was injured, and no arrests have been made.