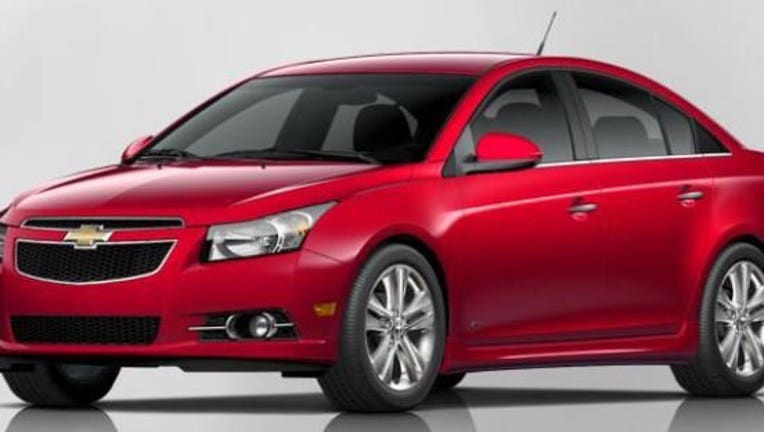 Suspect is believed to be driving a cherry red Chevy Cruze with temporary tags, no license plates.

SEATTLE – New information leads Seattle police to believe they are hunting for a serial sexual predator driving a red Chevy Cruse targeting women in the area.

The man attacks his female victims from behind while they're walking. He then forces them to the ground and tries to force himself on to them.

If all the attacks are connected, police say he has tried three times to attack three different women who were able to fight him off with the help of good Samaritans.

Sarah Garlock said she was driving home when she saw a man on top of a woman on the sidewalk. “I knew in that moment it wasn’t right,” she said.

Police believe Garlock witnessed the third attack by what could be the same man targeting women across the city.

“He was trying to hold her down, and she was flailing,” said Garlock.

She said the woman fought off the man she described as a young, white, ordinary-looking guy wearing sunglasses.

She said she saw the man walking behind the woman who was wearing headphones before she saw them both on the ground.

“I took my car towards them and I just started honking my horn as loud as I can,” said Garlock.

The man Garlock saw is the same man as one caught on camera in March, said police. In that case, a man matching the same description followed a woman into her apartment building and attacked her from behind. A neighbor heard the struggle and scared the suspect off, stopping the attack.

Another sexual assault happened on April 17 on East Terrace Street, during daylight.

“He attacks her from behind. Doesn’t say anything. She just said, ‘I heard footsteps coming quick.’ Next thing she knows, she’s on the ground and he’s reaching to pull her pants off,” said retired detective Myrle Carner, of Crime Stoppers of Puget Sound.

Carner said the man is dangerous, “the thing that’s scary to us is the aggressive behavior.” He said the suspect doesn’t seem to care about the time of day, and doesn’t run away, just walks away, when confronted. Between the sketch, the video and the statements, Carner said he believes police are looking for a serial sexual predator.

“I think they’re related. The clothing pretty much matches. The sketch wearing sunglasses. You are going to get a good look at those,” said Carner. “Somebody knows who this guy is and he’s out there and he’s acting out.”

During the latest attack, witnesses said they saw the suspect getting into a red Chevy Cruze that had temporary tags and no license plate.

“It makes you kind of nervous because he feels so confident,” she said. “I am a lot more cautious walking home from class. I have pepper spray on my key chain. I look behind me often.”