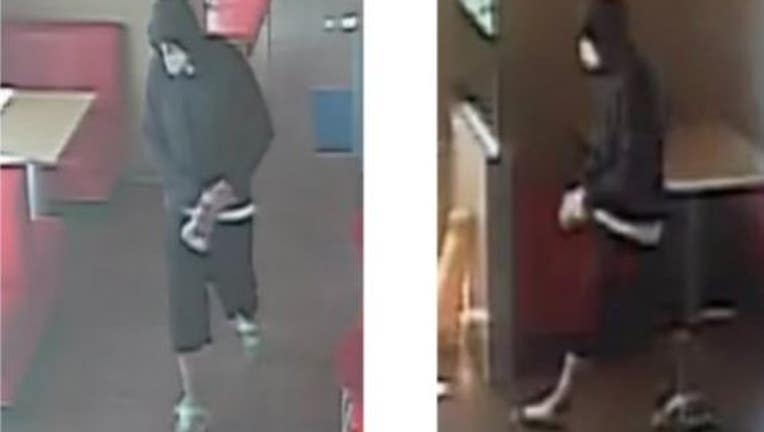 LACEY, Wash. - Police are searching for a suspect who robbed a Domino's Pizza on Wednesday.

According to the Lacey Police Department (LPD), the suspect was armed with a weapon when he robbed the restaurant on the corner of Corporate Center Loop SE and Avery Lane SE.

The suspect is described as being a white man, standing about 6’0" feet tall. During the incident, he was wearing a dark-colored hoodie, black shorts, black and white shoes and a light colored mask.

Authorities say this man is considered armed and dangerous.